Why Brexit Really Is a Big Deal for the U.S. Economy

Politicians and technocrats of all stripes are trying to reassure Americans that Britain’s vote last week to leave the EU won’t affect them economically. They are wrong.

Brexit has already caused a number of dominos to fall. Scotland and Northern Ireland, frightened of being cast adrift from Europe, may vote to leave the U.K. in order to stay in the European Union. Far right wing voices that were already gaining steam in places like Germany, France and the Netherlands have been emboldened. Politicians in the latter two countries have already called for an exit vote.

A Balkanized E.U. would be terrible for America in any number of ways – our export sector, which has played an outsized role in our nation’s post 2008 economic recovery, has suffered over the last few years from lackluster sales in a slow growth Europe, as well as being hurt by the dollar’s relative strength to a weaker euro. Brexit will only exacerbate those effects, with the pound now having tanked and the euro likely to fall against the dollar as well. There’s a longer term worry, too – Britain is the main channel through which America expresses its economic and political will in Europe. Its exit from that stage will undoubtedly make it harder to assert any American agendas around trade, digital privacy, global tax reform and such in Europe.

But the folks who are telling us not to worry about the economic effects of Brexit on the U.S. have also missed a key, immediate impact of the decision – the Fed has kept interest rate hikes on hold in large part due to the turbulence abroad, and may be forced to do so now for much longer than it would like.

That’s something I’ve been worried about for some time, and my worry has only grown after reading the newly released Bank of International Settlements annual report, which focused on the “persistence of exceptionally low interest rates,” part of a “risky trinity” of conditions that is endangering global growth, along with low productivity levels and high debt.

As the BIS report, which is much read amongst investors and global policy makers, put it, “exceptionally accommodative [monetary] policies in place are reaching their limits. The balance between benefits and costs has been deteriorating,” as evidenced by things like growing corporate debt (companies have taken on a record amount of it since low interest rates encourage it) as well as surveys showing that not only would many consumers be unlikely to bolster their consumption if rates remain this low (or lower), they may even be encouraged to save more because of worries about what near zero rates portend about the strength of the recovery.

They’d be right to worry. Since 2008, politicians in the U.K., Europe, and the U.S. have been unable or unwilling to pass the sort of fiscal measures (infrastructure spending, educational and tax reform) needed to create a real recovery. So, central bankers were left to genetically modify one with super low rates. Now, says the BIS, “the extraordinary burden placed on central banking since the crisis is general growing strains. During the Great Moderation, markets and the public at large came to see central banks as all-powerful. Post crisis, they have come to expect the central bank to manage the economy, restore full employment, ensure strong growth, preserve price stability and foolproof the financial system.” Of course, central bankers can’t – and shouldn’t – be forced do all of that. That’s why we have national governments.

But the terrible irony is that in the increasingly Balkanized post-Brexit world, it will be harder still for them to act, in part because the trust gap between the elites and the mass has become so large that even when establishment political figures (like Hillary Clinton) put forward smart ideas about what government could do to achieve a more sustainable and shared recovery, they don’t gain the traction that they should, because there is a group of voters – poorer, less educated, less invested in the capital markets and having been put through the wringer by globalization – that simply don’t believe any establishment political figure anymore.

That’s dangerous, because while the outsiders (like Donald Trump, or the Leave contingency in the U.K.) are offering plenty of fire and brimstone, they aren’t offering real solutions to the economic malaise facing most developed (and many developing) countries these days. It’s a snowball cycle of diminishing trust, and diminishing economic returns. Britain’s vote to leave the E.U. is the most extreme example of this scary cycle right now. But I don’t think it will be the last. 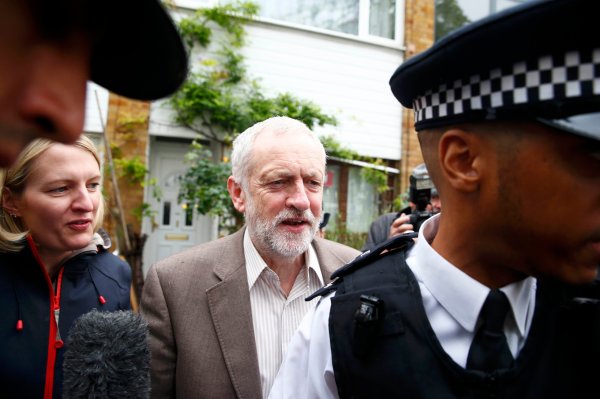 Britain's Labour Party Melts Down Just as Opportunity Knocks
Next Up: Editor's Pick