Does 'Brexit' Mean Security Woes Are Next?

The comment last spring was startling, coming as it did from NATO’s commander. “Russia and the Assad regime are deliberately weaponizing migration from Syria in an attempt to overwhelm European structures and break European resolve,” U.S. Air Force General Philip Breedlove, since retired, said of Moscow’s Vladimir Putin and his long-time ally, Syrian President Bashar Assad.

Immigration from inside the European Union, as well as the nearly 5 million fleeing Syria’s civil war, no doubt played a role in the U.K.’s historic vote last Thursday to bail out of the E.U. While there were expressions of shock across European capitals as well as Washington, there were half-hidden smiles from inside the Kremlin. That’s because any increase in internal European tensions following Brexit can only benefit Putin’s Russia.

“The consequences will be global. They are inevitable,” Putin said following the vote. “They will be both positive and negative.”

The vote exposes cracks in Europe that could make it tougher to impose economic sanctions on Russia for its actions in Crimea and Ukraine. “I am concerned about a more fragmented Europe,” NATO Secretary-General Jens Stoltenberg said Friday. “But it is important now to look forward and work with leaders in NATO and the European Union to make sure we both strengthen NATO as a platform for European cooperation.” NATO officials had repeatedly declared before the vote that a British departure from the 28-member E.U.—largely an economic and political union—would hurt the continent’s stability, but took pains afterward to declare NATO—a 28-state military alliance—to be the true guarantor of Europe’s security.

That’s why the looming North Atlantic summit in Warsaw, starting July 8, will be closely watched. Now that Great Britain has made clear it wants to pull back from Europe, will it also trim its defense spending? The U.K. is one of the handful of European nations spending 2% of its gross domestic product on its military and has been the E.U.’s mightiest military power. “Not only will Britain likely be a weaker ally in the aftermath of Brexit, but Europe will also be feebler,” Kori Schake, a fellow at Stanford University’s Hoover Institution, writes at Foreign Policy. But not everyone concurs. “Brexit, counter-intuitive as it might sound, will likely produce a stronger NATO,” argues ex-NATO chief James Stavridis.

But his is a rare voice. “Since World War II, the United States, aided principally by Britain, has worked to reduce the potential for international conflict, with particular success in Europe; encourage democratic governance; promote free markets; and lift billions of people out of poverty,” the New York Times noted in its lead editorial on Sunday. “A crucial brick in that system is now in danger of being removed.”

Ever since World War II, Washington and London have toasted the “special relationship” that has seen them standing shoulder-to-shoulder on a wide variety of international-security issues. And while leaders in both nations have said Brexit will not change that relationship, the leaders—whose urgings that Britain remain in the U.K. came to naught—could be wrong here as well. 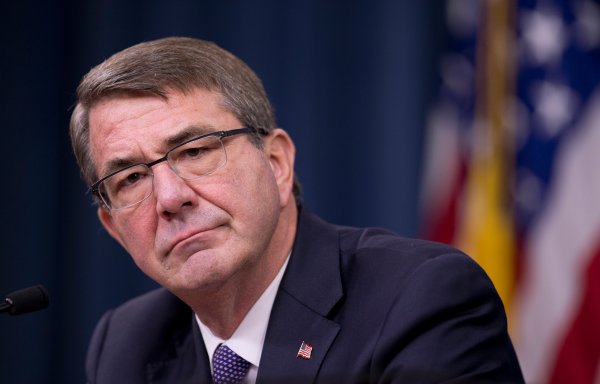 U.S. Set to Lift Ban on Openly Transgender Troops
Next Up: Editor's Pick