Country singer Kenny Chesney called a wounded Pennsylvania police officer on Sunday to apologize after he mistakenly told concertgoers that the officer had died after being shot on duty.

The musician had told his fans during a Saturday night performance in south Philadelphia that Officer Christopher Dorman, who was shot seven times, had succumbed to his injuries. Dorman, who was supposed to attend the concert, was shot Friday in the face, leg and groin while responding to a report of a man possibly dealing drugs, WPVI-TV reports. A suspect has been charged with attempted murder and aggravated assault.

Chesney phoned the officer Sunday after Folcroft police noted the error on Facebook and urged the country singer to “make this right.”

He later tweeted that Dorman was “doing great” and he hoped for a speedy recovery.”

The “American Kids” singer said in a statement that he was overcome by his emotions when he made the announcement at the concert, according to WPVI-TV. “I was so caught up in the moment,” Chesney said. “I think the emotions got the best of me, and I wasn’t as clear as I could’ve been.” 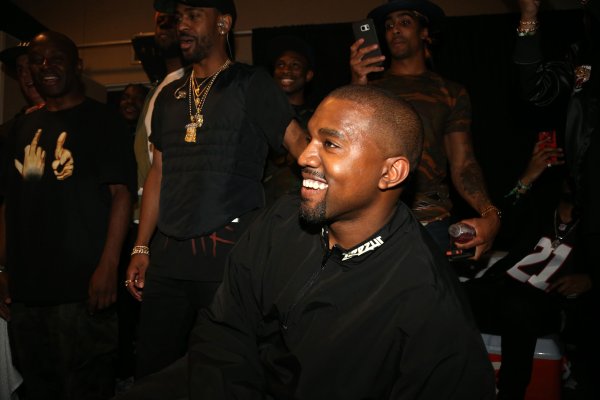 Kanye West Dares People to Sue Him After 'Famous' Video Release
Next Up: Editor's Pick