Kanye West appears to already be anticipating controversy over his music video for “Famous,” which features the likenesses of 12 celebrities sleeping nude together, daring “somebody” to sue him following the video’s release.

West tweeted, “Can somebody sue me already #I‘llwait” on Saturday afternoon.

Chris Brown joked on Instagram saying, “Why I gotta have the plumbers butt/ crack showing WAX figure?” He praised West, saying he was “talented, but crazy.”

A representative for former President Bush also confirmed that Bush did not participate in the “Famous,” Entertainment Weekly reports.

West previously drew controversy for his reference to Swift in the song: “I feel like me and Taylor might still have sex / Why? I made that b—- famous.” West and Swift both clashed over whether Swift approved the lyrics. 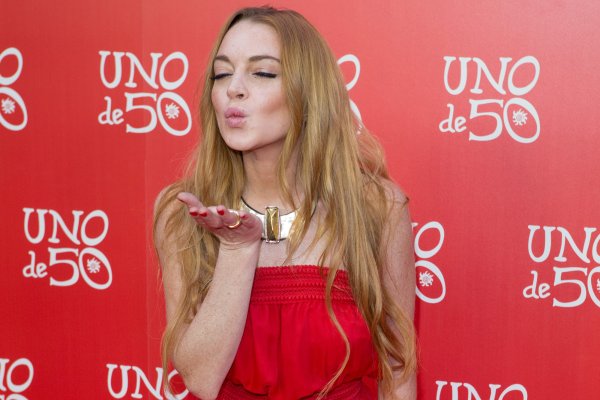 Lindsay Lohan's Fascinating Stint as a U.K. Political Commentator Is Short-Lived
Next Up: Editor's Pick