This Massive Bookstore Chain Will Soon Sell Beer and Wine

How about some beer or wine or a nice dinner after browsing Barnes & Noble’s aisles for the latest Stephen King thriller or an adult coloring book?

The bookstore chain said at an investor conference on Thursday that it would open four concept stores in fiscal 2017 that will feature bars offering wine and beer, along with better food, in cafés twice the size of its usual food spots, its latest effort to rejuvenate its business.

The first store will open in Eastchester, N.Y., about 30 miles north of New York City, in October and have amenities like a fire pit and bocce court. The three other stores will be in the Galleria Edina in Edina, Minn.; the Palladio at Broadstone mall in Folsom, Calif.; and One Loudoun, a mixed-use community in Loudoun County, Va.

The strategy comes as the 640-location bookseller looks to revive sales growth. In the fourth quarter of fiscal 2016 ended in April, Barnes & Noble’s comparable-store sales fell 0.8% and the company expects those figures to rise only modestly in the current fiscal year. Barnes & Noble has benefitted from the slowing growth of e-books. Barnes & Noble’s foray into e-books and devices has been a big drain on sales, and last year it spun off its college bookstore business, leaving its core retail business as its last major lever for growth.

Barnes & Noble’s focus on its faltering Nook business in recent years left little time and energy to meaningfully update its stores. Indeed, Barnes & Noble has shrunk its store fleet considerably in recent years. (Last year, it closed eight stores, the lowest number since 2010. For the current year it plans on another eight closings, net of new stores.) But with its business more stable now, the retailer saw an opportunity to try a new format.

“We wanted to create a better bookstore,” Jaime Carey, president of development and the restaurant group, told Fortune at the company’s investor day. “We already have a cafe, so we said let’s have a much better food experience frankly.” He added: “We think they’re going to drive traffic to the store and keeping them in the store longer.”

On top of standard café items, Barnes & Noble’s concept stores will offer a full breakfast, lunch, and dinner menu with waiter service. The company has hired an executive chef.

Carey was guarded about Barnes & Noble’s plans, but said if the four test restaurants do well, the concept could be expanded, or incorporated into existing stores that have space for a larger eating area.

Giving people a reason to come to its bookstores is a matter of life or death for Barnes & Noble. The company holds 100,000 events like book readings across its chain a year. Otherwise, people will simply buy their books on Amazon.com, which has begun to open brick-and-mortar bookstores of its own.

“It’s not something that is going to go online,” says Carey. 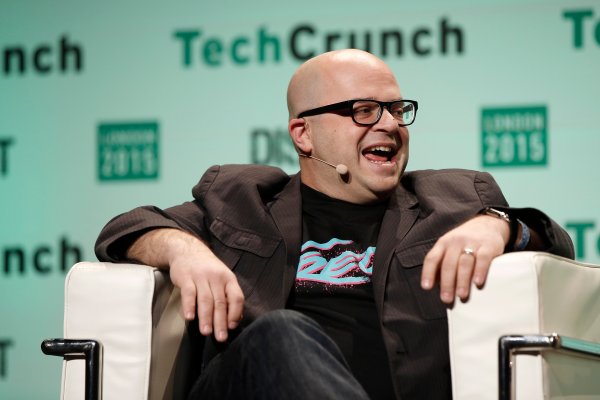 This High-Profile IPO Could Open the Unicorn Floodgates
Next Up: Editor's Pick