How This Startup Founder Triumphed Over His Year of Hell

Any experienced entrepreneur can tell you that two keys to a successful startup are a solid business idea — especially one that solves a big problem for others — and the tenacity to make it work. Kyle Racki hit on the former when he was running a web design agency and came up with a faster, better way to create proposals for clients. It was what happened to him in the following year that tested his tenacity.

In 2013, Racki co-founded Proposify with Kevin Springer in Halifax, Nova Scotia. The startup created a cloud-based service that mixes templates, design features and flexible customization to speed up the chore of sales, marketing and web design proposals. Traditionally, these were created in Microsoft Word or Google Docs, but Proposify’s tools are tailored specifically for proposals, adding collaboration and signature features to simplify the process. Some users say the software has cut a two-week process down to a couple of hours.

But it took about a year for Proposify to get enough traction to generate a substantial customer base. During that period, the co-founders almost gave up. Along the way, nearly everything began to go wrong in Racki’s life. The digital agency he was also running ran into debt. Selling it turned into a lengthy and arduous task. His father died, weighing him down with grief. He separated from his wife. On top of that, Racki’s mother and sister broke off contact with him after he began to question the religion in which his parents had raised him, Jehovah’s Witnesses.

“I finally gave myself permission to look at outside material that was critical of the religion. And when I told my mother about it, she said she would never speak to me again. Everyone I knew in that religion would not even say hi to me on the street,” says Racki. “So, yeah, it was a crazy year, and in the midst of that, trying to run a business and keep that flow was really tough.”

A low point came when Racki was driving across a bridge to Halifax and realized he didn’t have enough money to pay the toll. “You often hear the difference between success and failure is a matter of who gives up first,” he says. He and Springer kept each other anchored, each pushing the other along when one was feeling down. “As long as there is some positive sign that you’re onto something, you keep doubling down until you hit it. And it can take a while.”

Positive signs began to emerge the following year. While attending a demo camp in Boston, Proposify elicited customer interest, and soon closed a $250,000 seed found of financing. Around that time, the digital agency finally sold, freeing Racki and Springer up to focus on Proposify. In September 2014, the number of customers finally began to increase, doubling every month. “Once it started taking off it just kept going,” says Racki.

Today, Proposify has nearly 2,500 paying customers, who have in aggregate won close to $4 billion in business while using its software. Racki says the company is starting to reach out to bigger firms in a broader array of industries to maintain growth. The company’s revenue is currently at an annual recurring revenue rate above $1 million. Proposify hopes to triple that figure by the end of the year.

Looking back, Racki says that pouring his energy into building Proposify helped make it easier to deal with the turmoil that was going on in other parts of his life. He blogs about the silver-lining lessons he learned in his religious upbringing. Some examples: “Be truly pumped about what you’re selling,” “Get over rejection.” He is forthright about what carried him through the annus horribilis of his company’s founding.

“It’s just tenacity,” says Racki. “The alternatives are much more horrible than the idea of just pushing through and trying to make the business work.”

And therein lies a lesson for Silicon Valley, where there is practically a cult for the overhyped, overvalued unicorn. A truer mascot of entrepreneurialism is probably the phoenix, the creature that can somehow find a way to rise up when it seems like everything is collapsing around it. 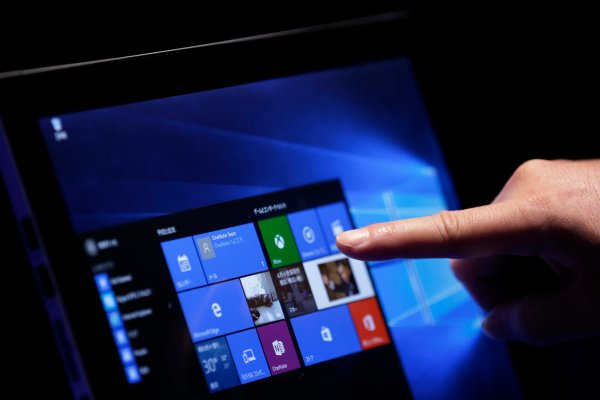 This New Feature Could Fix Your Windows 10 Problems
Next Up: Editor's Pick