It will take some time before the turmoil and turbulence eases after Britain’s vote to exit the E.U. The U.S. economy is resilient enough to withstand the short-term impacts of this volatility. What should be of greater concern is the political thunderbolt of anti-globalization we’re seeing in many parts of the world – including here at home.

The same isolationist arguments which fueled support for the U.K.’s exit from the E.U. are evident in America’s current political climate, too. And that spells even more trouble for the Trans Pacific Partnership (TPP) later this year.

I am a pro-trade Democrat, and I strongly support the proposal to join 12 countries into a common set of rules governing trans-Pacific commerce. America should maintain a leadership role in setting the trade rules in the world’s fastest-growing region.

TPP will support jobs here in America, while strengthening environmental protections and improving working conditions across the Pacific Rim. TPP is expected to boost U.S. economic output by billions of dollars, and support millions of new and existing American jobs

The Brexit vote shows that all the data, and all of the experts in the world, cannot convince a community to support global trade when it has seen its large employers close their doors and move abroad. I am a former business executive who built companies with a global footprint, and I am a former governor who tried to help displaced textile and furniture workers in Virginia, but I must acknowledge many of the arguments made by advocates simply are no longer convincing to millions of Americans.

We know the economic benefits of increased trade will not be distributed evenly, and the downside costs are likely to fall largely upon those who live and work in communities reliant upon a single local employer or industry. So if advocates of free trade—and I’m one of them—expect to win congressional approval for TPP later this year, we need to be honest that we have to do more.

For instance, Congress has approved only $4.5 billion in assistance for displaced workers over 10 years, while the new economic activity from TPP is valued at $750 billion over the same time frame. If we really believe the projections about increased economic activity with TPP, surely we can do better than simply half-a-percent in assistance to help displaced workers pivot to new jobs.

We should invest more, and do more to better synchronize training with the jobs that are actually available within a community or region. We should be open to reimagining a much more forward-leaning trade assistance program—one that recognizes previous efforts have not always been successful, and often resulted in training for jobs that no longer exist in the community. We also should consider incentives, coupled with appropriate transparency and accountability, for those employers who design and deploy their own training programs that will actually result in jobs. This could be an opportunity to try innovative approaches to worker training, including pay-for-performance.

In addition, while many industries will win under TPP, manufacturing and tech are expected to be among the biggest winners. Executives in those industries, and companies in their supply chains, should acknowledge their responsibility to invest more and create jobs in communities facing negative consequences from trade. This provides an opportunity for creative public-private partnerships to make this happen.

Congress also should consider moving TPP legislation alongside tangible infrastructure investments. Improving our roads, rail networks, ports and airports is directly tied to trade: it allows us to move products and crops more efficiently, and infrastructure improvements also could put tens of thousands of people to work right away.

We also must prove we’re doing all we can to ensure American workers, businesses and farmers are being treated fairly. We must recommit to aggressive U.S. enforcement of all of our trade agreements. That means calling-out those countries who cheat, and using the World Trade Organization and any other enforcement tools to pursue and resolve trade disputes.

Regardless of the Brexit vote, global trade remains essential to America’s economic durability and leadership in the world. But honesty about the downside risks needs to be part of the conversation, too. 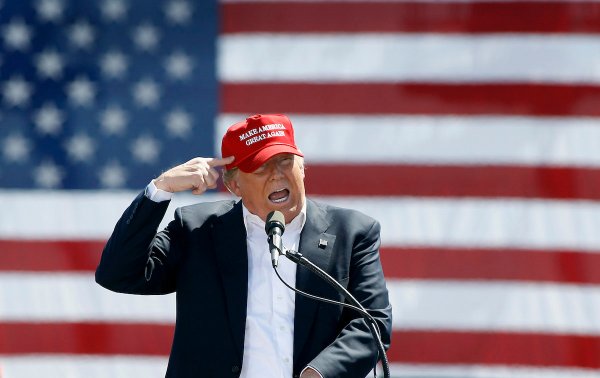 The Problematic History Behind One of Donald Trump's Favorite Ideas: Tariffs
Next Up: Editor's Pick