Here's Why Will Smith Isn't in the New Independence Day Movie

Twenty years ago, Independence Day launched a young Will Smith’s career into the stratosphere.

Independence Day: Resurgence opens in theaters Friday. But Smith’s familiar face will not be appearing on the silver screen to do battle against aliens with Jeff Goldblum, Vivica A. Fox, and Bill Pullman, all members of the original cast who signed on for round two. So why isn’t Smith back?

Fox has handily set up a full “War of 1996” website to help fill in the blanks about what’s been going on in the Independence Day universe since we last left it, back in 1996. Turns out, Smith’s character Steven Hiller has passed away. Specifically: “While test piloting the ESD’s new alien hybrid fighter, an unknown malfunction causes the death of Col. Hiller.”

Director Roland Emmerich shed some further light on the situation in an interview with HeyUGuys. Apparently, Smith was included in the original script as part of a central father-son storyline. But after Emmerich hired two new younger writers, they decided to flip the plot to be about a new, younger generation taking over, which rendered Smith unnecessary.

Smith, for his part, explained in an interview on BBC Radio 1Xtra that it really all came down to scheduling conflicts.

“It was one of those things — I had a couple of films lined up, I had Concussion and Suicide Squad, and so it was a decision, timing-wise, between Independence Day and Suicide Squad,” the actor said. “They were sending pictures from the set, and I was like, ahh.”

“The world is in a place of nostalgia right now,” he added. “Specifically in entertainment, there’s such a pull for nostalgia, so it was just the perfect opportunity and it didn’t work out.”

So there you have it: Smith chose Suicide Squad, and the writers quickly dispatched Steven Hiller and moved on. 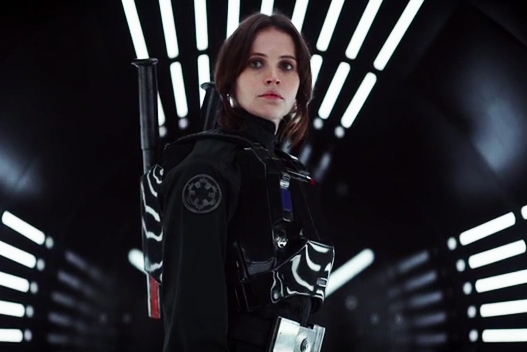 Here's One Way Rogue One Will Differ From Classic Star Wars
Next Up: Editor's Pick