Dave Grohl provided a fun little anecdote during the Citi/Live Nation party at Cannes Lions that includes his getting stoned at Paul McCartney‘s house and relying on the mercy of none other than Taylor Swift to save him.

Grohl told the crowd about the time that he had gone to Paul McCartney’s house for a party, upon which the former Beatle sat down at the piano to play a new song. At this point in the story, Grohl noted that “Paul McCartney is the baddest motherf–r in the world.”

After McCartney finished his song, he invited Grohl to perform, but the Foo Fighters frontman faced a predicament — he doesn’t play the piano and all of Sir Paul’s instruments were left-handed; additionally, he had “smoked a little pot, so I was already challenged.”

Not to worry, however, Taylor Swift offered to play a song for Grohl while he attempted to play one of McCartney’s left-handed basses; the song turned out to be “Best of You.” Swift’s heroics led to Grohl commenting that she was “F–ing Batman when you need him,” and complimenting her vocals as way of ending the story before performing “Best of You” for the party.

You can listen to the entire anecdote and song below. 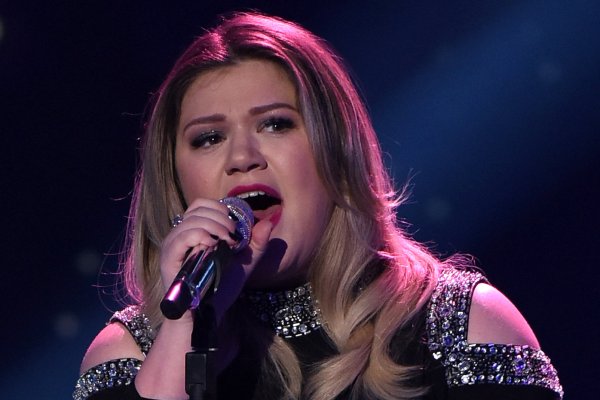 Kelly Clarkson Will Release a Soul Record in 2017
Next Up: Editor's Pick