President Obama said on Friday that the recent “Brexit” vote in the United Kingdom to leave the European Union won’t change the “special relationship” between the two nations.

During remarks that the 2016 Global Entrepreneurship Summit, Obama said he had recently spoken to British Prime Minister David Cameron, a strong supporter of remaining in the E.U., who said he would resign by the end of the year in the wake of the Brexit vote. Obama called Cameron an “outstanding friend and partner” and said he is confident the United Kingdom is “committed to an orderly transition out of the European Union.”

President Obama said the vote on Thursday was an indication of the “ongoing changes and challenges raised by globalization,” but the president said the vote will not have an impact on the U.S.’s relationship with the U.K.

“One thing that will not change is the special relationship between our two countries,” Obama said Friday, adding that the U.K.’s membership in NATO was also important.

The President, who also supported Britain remaining part of the E.U., has previously implied that America would be slow to sign a free trade agreement with the U.K. should it vote in favor of leaving the union.

“There might be a U.K.-U.S. trade agreement, but it’s not going to happen anytime soon,” Obama said in April, referring to a possible Brexit, adding that the U.K. would be pushed to the “back of the queue” on trade.

In a statement released by the White House earlier on Friday, Obama said the vote did not impact the U.S.’s relationship with the European Union either.

“The United Kingdom and the European Union will remain indispensable partners of the United States even as they begin negotiating their ongoing relationship to ensure continued stability, security, and prosperity for Europe, Great Britain and Northern Ireland, and the world,” the statement reads.

President Obama spoke at the Global Entrepreneurship Summit in Silicon Valley where he also sat in on a panel discussion with Facebook CEO Mark Zuckerberg and three entrepreneurs. 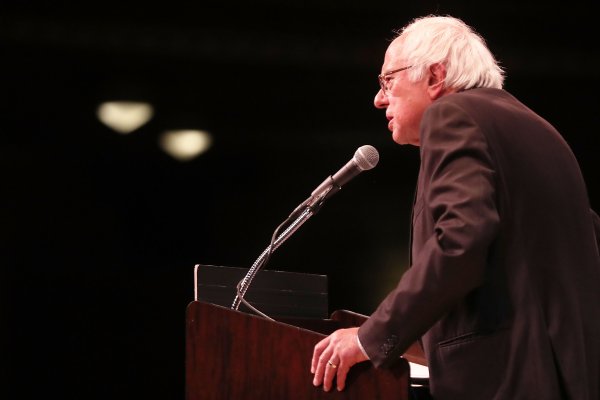 Bernie Sanders Says He Will Push for His Positions in Hillary Clinton's Administration
Next Up: Editor's Pick