The National Organization for Women, upset by the "men only" policy of the Hotel Plaza, demonstrate outside.
New York Daily News Archive—Getty Images
By Olivia B. Waxman

When the 1964 Civil Rights Act was signed, it banned discrimination on the basis of race, color, religion, sex or national origin—but creating equality in practice took more than passing a law. That’s why, 50 years ago, on June 30, 1966, the first founders of the National Organization for Women (NOW) met in Washington, D.C.

Seeing that the civil-rights movement had had success with organizations that championed the cause of racial equality, they—NOW’s 49 founders, 28 of whom participated in the June meeting and 21 of whom joined in October of that year—believed that enforcement of the sex-discrimination ban would require an “NAACP for women.” It would be a group that could fight for stronger enforcement of the clause that prohibits sex discrimination in the 1964 Civil Rights Act.

That fight was a personal one.

Betty Friedan, the Feminine Mystique author famous for leading the group, called for every woman to focus her work on what made her angry, recalls Muriel Fox, now 88, one of the group’s founders and its publicist.

“Everyone there knew that she wanted to work on what made her mad,” says Fox, now 88. “That’s the reason the movement was so successful. We had wonderful leaders, but we had thousands of people who all were leaders working on what made them angry about the situation at that time.”

Fox’s own anger came from workplace sexism: After a recruiter at the public-relations powerhouse Carl Byoir & Associates told the Barnard College graduate that the firm didn’t hire female writers, she kept applying to other jobs at the agency until she was finally hired as publicist. By 1966, she was a vice president but had reached a plateau. “People would say, ‘You’re doing very well for a woman, but you’ve gone as far as you can go,'” she recalls.

Fox had invited Friedan to speak at an American Women in Radio and Television luncheon a few years earlier, and so she got the call for NOW. There, she found that Friedan had recruited from the top, as she remembers, gathering the most ambitious women in education, labor and business—and even “a lovely nun in nun’s habit, Sister Joelle Reed, who got up and said, ‘I’m one of the thousands of American nuns, we’re working women and we’re oppressed,'” Fox tells TIME. “We had to create NOW for everyone to succeed.”

At NOW, she had an instant support group of other working women. (And men: Fox’s husband was the chair of the board of NOW’s New York chapter. Whenever he was asked why he was at a NOW’s rallies, he’d say, “I want my wife to make more money.”) She says that a couple of years later, she tried to bring an AP reporter and client to the Oak Room at the Plaza Hotel but was turned away because women weren’t allowed in at lunch time. So she arranged for the NOW picket seen in the photo above. On a national level, she was involved in the NOW campaign that led President Lyndon B. Johnson to revise an executive order on affirmative action to expand job opportunities for women. And she wrote NOW’s 1968 letter to the Equal Employment Opportunity Commission calling for the New York Times to “desexigrate” its “Help Wanted” ads.

And despite the 50 years that have passed since NOW’s work began, Fox says that there’s lots of work left to do for women’s rights.

She considers childcare the top unresolved issue for working women, dating back to the founding days of NOW, and she believes that modern feminist touchstones like Lean In can obscure the degree to which it’s necessary to work for change collectively, rather than individually. Her anger today is directed at the way Democratic presumptive presidential nominee Hillary Clinton—whose run for the White House she hopes inspires a “new feminist movement”—is criticized as not being likeable.

Even so, looking at how much has been accomplished, Fox believes that those reasons to be angry aren’t reasons to despair.

“We are all in awe of how we have changed the world,” says Fox, who is still involved in NOW in addition to chairing the Veteran Feminists of America. “I can’t say we thought we’d be further along because we knew it would all be a battle.” 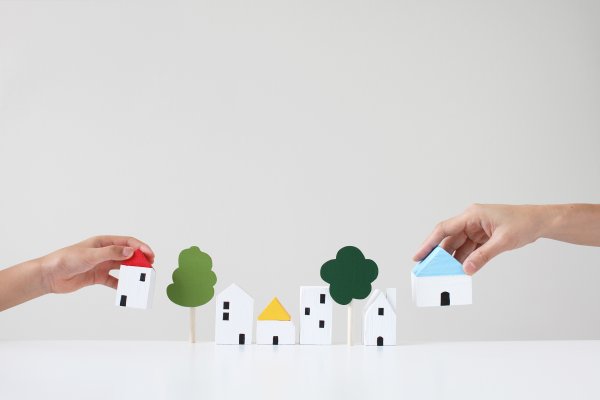 What Science Has Taught Me About Raising Girls
Next Up: Editor's Pick