The season of waiting for the Supreme Court to issue some of its most controversial rulings of the year is upon us, and one of the most far-reaching decisions is the one on Texas’s abortion health and safety law. HB 2, adopted by wide margins in the state legislature, created tougher standards for Texas clinics and required abortion doctors to have admitting privileges at hospitals to facilitate treatment of complications.

It is always possible that the Court, which is short one member due to the death in February of Justice Antonin Scalia, will deadlock over the Texas law. But even if it doesn’t, the Court is closely split on abortion policy, which makes 2016 a potential turning point.

From one perspective, things could hardly be worse for right-to-life advocates. More than four decades after Roe v. Wade, the basics of that ruling are still in place and the United States still sees more than one million abortions each year. Abortions are legal in half the states even in the third trimester, public funds flow to abortion in 17 states, and the nation’s largest abortion provider, Planned Parenthood, receives more than $500 million from the government each year. Recent efforts to limit abortion after 12 weeks of pregnancy have been struck down, as have two states’ laws to limit abortion after 20 weeks of pregnancy.

Given this state of affairs, how much more damage could the replacement of Justice Scalia with a judicial activist for “abortion rights” actually do? Would the confirmation of Merrick Garland, President Obama’s pick for the high court, really make that much difference to national abortion policy? Would the confirmation of pro-life judges, like those included in a list recently released by the Trump campaign, really play a dramatic difference in the lives of every American? The answer to both questions is an emphatic “yes.”

As legal expert Angelina Nguyen documented in her detailed study of international law for the Charlotte Lozier Institute, the U.S. legal regime on abortion is ultra-liberal. We are one of seven nations (out of nearly 200 she examined worldwide) that permit elective abortions after 20 weeks post-fertilization. As liberal as our legal framework is, however, it is also surprisingly volatile. In the past six years, 17 states have adopted laws to protect the unborn child at 20 weeks or earlier. In 14 of these 17 states, no legal challenge has been mounted. Whether it is lack of a plaintiff or fear of a court ruling that would uphold these laws, pro-choice forces have chosen to leave them alone for now.

Under a Hillary Clinton presidency and with as many as four new Supreme Court justices in place, fresh legal assaults on the 20-week bans would be certain. Secretary Clinton herself has embraced the repeal of the central pro-life policy of our time, the Hyde Amendment, which limits taxpayer subsidies for elective abortion. Last January, receiving Planned Parenthood’s endorsement for President, she expressed her opposition to having “laws on the book like the Hyde Amendment making it harder for low-income women to exercise their full rights.”

Time and again, advocates of legal abortion have abused judicial process to achieve policies they could not persuade elected officials to adopt. The Hyde Amendment was preserved from constitutional attack in the 1980 ruling Harris v. McRae by the narrowest of margins (5-4). A Clinton sweep of the courts will not rest with preserving “abortion rights”; it will plunge the American people into paying for abortions with their hard-earned tax dollars, and under a single-payer system, that will mean every last one of the million abortions carried out across the country.

But the impact will not stop there. An Obama-Clinton court could easily reverse the furthest reaching pro-life legal victory of the last generation and strike down the ban on gruesome later-term abortions. In fact, a detailed blueprint to what an Obama-Clinton court would do can be found in legislation liberal Democrats have championed in the U.S. Senate: the Women’s Health Protection Act.

Despite its innocent-seeming name, this bill would, among other things, overturn state third-trimester bans on abortion, overturn limits on abortion after five months of pregnancy and upend laws against sex-selective abortion. It would install abortion for any reason throughout all nine months of pregnancy—even disability discrimination abortions. It would make it practically impossible for states to stop off-label uses of abortion drugs and “tele-med” abortions carried out without a physician present, to retain rules against non-physicians performing abortions, or to adopt health and safety standards for abortion facilities.

A bill like this may not pass the U.S. Congress in the next few years, but as we have seen time and again a radical court could “enact” it without a moment’s hesitation. The bottom line is that on the question of abortion, and particularly the courts, 2016 is not a status quo election. The stakes are enormous. 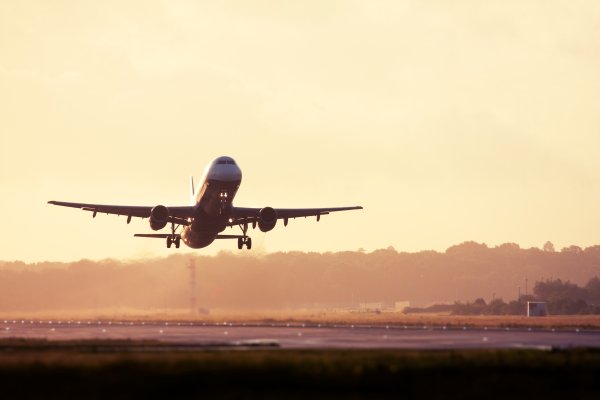 Why I Fly 3,400 Miles Every Month to Perform Abortions in Texas
Next Up: Editor's Pick