Britain Doesn't Actually Have to Abide by the Results of the E.U. Referendum

The voters have spoken. Britain will leave the European Union, after some 17.4 million people put their ‘x’ beside Leave in polling stations up and down the country.

But none of that necessarily matters. The whole thing could be called off.

That’s because the referendum is not legally binding. In the U.K. only parliament gets to sets the laws, and the legislation that created the E.U. referendum did not say parliament had to act in accordance with the result.

So theoretically, this means Prime Minister David Cameron could decide to put the results of the referendum to a parliamentary vote, rather than going straight to the E.U. to ask to leave. The UK Parliament is thought to be about 3/4ths in favour of Remain so this would negate the result.

Or, MPs could use the threat of departure to negotiate the favourable deal with the E.U. that eluded David Cameron back in February. They could then put that deal to a second referendum, if they so wished. A petition calling for a second referendum has already garnered over 100,000 signatures, so they could still say they had popular support. And there’s a long history of other member states simply handing out another ballot paper when voters get the “wrong” result — in Ireland, for example, which reran a referendum on an E.U. treaty in 2001.

Or, lastly, they could simply ignore the results of the referendum altogether and say it is too harmful to Britain’s economic and political future to go along with.

Here’s the thing — none of this is likely to happen. Cameron, or whoever replaces him, will almost certainly invoke Article 50 of the Lisbon Treaty (the mechanism for leaving the E.U.) or begin other negotiations designed to withdraw.

Why? Because to do otherwise would be to go against the will of the people. 17.4 million voters have made it clear that they do want to leave the E.U., and there would be revolution in the streets if those votes were ignored. Cameron has said repeatedly he will respect the results of the vote.

But it’s worth noting that, as things stand, the Prime Minister has not invoked Article 50, and Britain still remains a member of the E.U. Until he does… well, anything’s possible right? 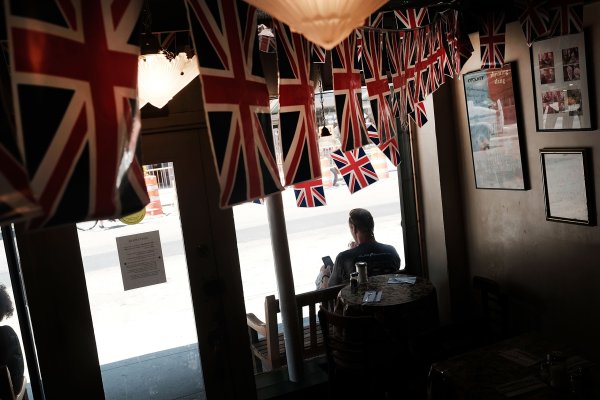