How the Hot Dog May Have Gotten Its Name

This year, Nathan’s Famous is celebrating 100 years of selling hot dogs and hosting its July 4th hot dog eating contest on Coney Island in New York City. And while its founder, Polish immigrant Nathan Handwerker, may be one of the most famous hot dog makers in history, the term “hot dog” had been on the scene well before he got into the business.

While exactly who invented the term is still up for debate, there are references to carts dishing up “hot dogs” at sporting events in newspapers in the 1880s and early 1890s. The “hot” part of the name may have to do with hot sausages already being referred to as “red hots,” while the dog part may have come from speculation in pop culture about what’s inside the sausages, according to Bruce Kraig, historian and author of Hot Dog: A Global History and Man Bites Dog: Hot Dog Culture in America.

“The origin is that it’s a joke about what went into the meat itself and the running joke that once a butcher set up shop, all cats and dogs in the neighborhood disappeared,” he says. “Somebody—we’re not sure who—coined the term ‘hot dog’ because there were lots of cartoons from this period about dogs going into sausage machines, and that song ‘Oh Where, Oh Where Has My Little Dog Gone?’ But you’ll see ‘red hot’ and ‘hot dog’ kind of merge together in this period.”

American humorists and satirical publications on college campuses may have helped make the name catch on, too, based on research by lexicographer David Schulman and etymologist Barry Popik.

These magazines, especially at Yale University, called lunch wagons “dog wagons,” based on a “poem” in the Oct. 5, 1895 Yale Record: ‘Tis dogs’ delight to bark and bite, / Thus does the adage run. / But I delight to bite the dog / When placed inside a bun. Students at Yale, and also Princeton, also started using the term “hot dog” sarcastically to refer to sharp dressers and people who thought they were big shots on campus.

Meanwhile, the story of how hot dogs became an American favorite is similar to the story of the hamburger in that German immigrants served early versions at German restaurants. The first food-cart vendors put the wieners in buns so they could be eaten without utensils by factory workers who worked too far from home to go back for mealtimes. At the turn of the 20th century, when going to the beach started becoming something the middle and working classes could do too, hot dog carts became a popular option at destinations like Coney Island. (Coney Island’s hot dogs became particularly famous, Kraig argues, because of their proximity to the nation’s media capital.)

“Americans have always eaten fast, always on the run,” says Kraig. “Already in a casing, already cooked, the hot dog is the first really-fast food.” 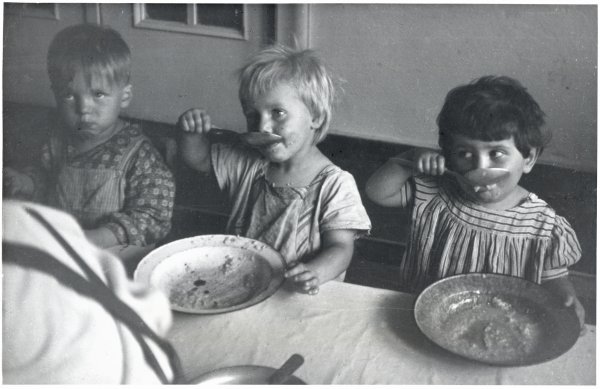