Brexit Shows a Global Desire to Throw the Bums Out

The 52% of the British electorate who voted the U.K. out of the E.U. yesterday have signaled clearly that they want to “take back control.” They want to be governed by British leaders, observe British laws and control British borders. They’ve listened to dire predictions from pro-European British politicians, European politicians, economists, bankers, academics, think tank wonks, movie stars, athletes, members of the clergy, Barack Obama and Donald Trump. And it’s pretty clear that a majority of British voters don’t trust any of them. This was a vote against the entire political class. The bums have been tossed.

There’s nothing unique to Britain about this sentiment. Populist political parties in France, Germany, Italy, Spain, Portugal, Greece, the Netherlands, Sweden, Denmark, Austria, Poland and Hungary are banging this same drum with gusto. Listen to Trump and Bernie Sanders. The velocity of change on today’s train has riders scrambling for the emergency brake.

British voters have taken firm action—and they will now face the consequences. The bargaining with E.U. governments over new trade agreements will take years. The political and legal uncertainties for British and European companies will inflict serious economic pain. Immigration into Britain will slow, because that’s what happens when recession takes hold.

Read More: The 6 Biggest Consequences of the U.K.’s Brexit Vote, So Far

Prime Minister Cameron’s successor will probably be Boris Johnson or Theresa May. Johnson has both inspired and annoyed a lot of people. May is a safer choice, and one Europeans are more likely to negotiate with in good faith. But the process to choose a new PM will be chaotic, and nothing can be forecast with much confidence.

Expect a series of emergency meetings among E.U. leaders in coming days. Their message for Britain: If you’re leaving, go quickly. We don’t need the uncertainty. In particular, France and Germany face national elections next year. They will want to make clear to voters in their own countries that exit comes with a heavy cost.

Read More: Just How Bad Could Brexit Be for the U.S.? This Bad

There will be much speculation in coming days about the exact shape of Britain’s relationship with the E.U. Will the U.K. try to follow Norway, a member of the European Economic Area but not the E.U.? That would provide privileged, but not total, access to the single market, but the U.K. would still have to contribute to the E.U. budget and accept regulations drawn up in Brussels.

Will it look to imitate Switzerland, which relies on individual agreements with E.U. members to gain partial access to the single market? That’s not the best result for Britain’s all-important finance sector, and Switzerland still accepts free movement of labor from other E.U. states.

Or Britain could look for inspiration to Canada, which has built a “comprehensive economic and trade agreement” with the E.U. that would provide the fullest possible (though still incomplete) access to the single market without having to send money to Brussels or offer open borders to E.U. workers. But European negotiators are unlikely to make it that easy. There are other possibilities, but they will all take time to hammer out.

Some fear that Scotland, which voted heavily in favor of “remain,” will now move quickly to call another independence referendum, as First Minister Nicola Sturgeon has threatened. With oil at current prices, that’s a dangerous proposition for a government that would need the export revenue. Two years ago, Scottish voters chose to remain within the U.K. with oil selling at more than double its current price. Leaders of the Scottish National Party will use the threat of a new vote to pressure the new prime minister to make the most favorable possible deal with the E.U., but the last thing Britain needs right now is another source of frightening uncertainty.

There is a larger question here for Britain, Europe, America and the world: Do political and business leaders understand the growing demand for change? Can they meet those demands without inflicting irreversible damage on their politics and their economies? 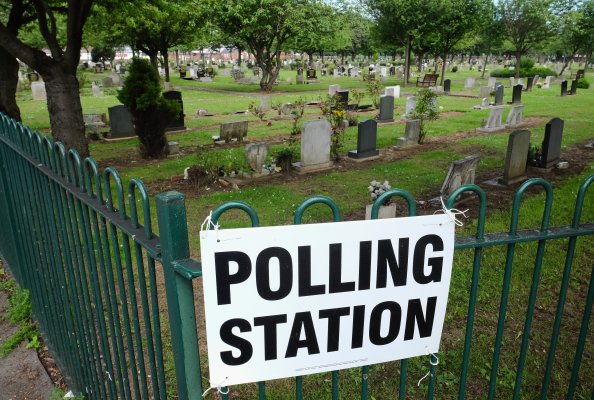 These Brexit Voters Think They Have Made a Horrible Mistake
Next Up: Editor's Pick