Can the European Union Survive Britain's Vote to Leave?

As the results of a referendum which will change the face of Europe slowly emerged overnight on June 24, the first reactions came from eurosceptic parties elsewhere on the continent, who gleefully celebrated Britain’s decision to leave the European Union.

Now, as the E.U.’s leaders grapple first with their disbelief and then with the horror of their union showing the first signs of splintering, their challenge will be to seize momentum back from the euroskeptics and convince the world that they can contain the crisis.

The offensive began soon after the first salvos from the populists, with European Council President Donald Tusk urging against “hysterical reactions” and reiterating that “we are determined to keep our unity.” Jean-Claude Juncker, president of the E.U.’s executive branch, took a gruffer tone at a press conference when asked if it was the beginning of the end of the E.U. “No. Thank you all,” he declared before walking off stage without elaborating.

But Europeans across the bloc will be demanding more comprehensive answers as they look to the British example and wonder whether they too should be asking for more from the E.U.

“The question is can the E.U. send a signal early on that it wants to tackle some of the bigger underlying issues that have aggravated people,” says Jan Techau, the director of the Carnegie Europe think tank, citing the Eurozone crisis, concerns about the democratic processes in Brussels, and the migration issue as key concerns. “Can they create some sort of hope out there that now the warning shot has been heard?”

The next few days will be crucial for the setting the tone, and the first challenge is overcoming uncertainly about the exact procedure for leaving the E.U. While Article 50 of the E.U. treaty says that a nation must trigger their exit by informing the bloc of their intention to leave, there is no timescale set out for doing this in the event of a referendum.

And while it may be in the British government’s interest to put off triggering Article 50 while it deals with domestic fall-out and selects a new Prime Minister to replace David Cameron, pressure was building in Brussels for the U.K. to come to the table with their negotiating position quickly and calm the financial markets.

“The negotiations must immediately start,” says Manfred Weber, leader of the European People’s Party, the centre-right grouping in the European Parliament. “We need clarity – we have to avoid any kind of uncertainly. That means we cannot wait until the British Tory governing party is electing a new prime minister.”

The E.U. leadership is aware not only of the impact of the next few days on the markets and public opinion within the bloc, but also in the rest of the world. The U.K. was considered one of the E.U’s most influential members, a military and economic power with a seat on the U.N. Security Council.

France and Germany are reported to be in talks to try and come up with a striking E.U.-wide foreign policy or security initiative to regain the global momentum. But Chris Bickerton, a lecturer at Cambridge University and author of The European Union: A Citizen’s Guide, is sceptical. “It’s difficult to see what they would suggest which would in some way be an appropriate response to the UK vote,” he tells TIME.

For Bickerton and Techau, a more forceful response to reassure the world of the E.U.’s future political and economic stability would be bold steps to shore up the Eurozone by creating a more integrated political backstop for the single currency. In other words, greater integration between the 18 countries using the euro.

However, that is exactly the kind of move which could backfire with E.U. electorates looking to seize back control from Brussels. “What from the outside would seem to make Europe stronger could from the inside make it more fragile,” says Bickerton.

In the longer term, E.U. officials concede they need a new vision if they are the counter the growing popularity of fringe parties and eurosceptic outfits. And although recent polls suggest citizens in no other E.U. nation would actually vote to leave the bloc if there was a referendum right now, the post-war dream of a united Europe looks more distant by the day.

“The glue is even more brittle than before,” says Techau. “The sense of togetherness, the feeling that the project itself is valuable, this sense that ‘in the end we need to keep this in-tact’, I think that is already weakened and we will see it weakened further.” 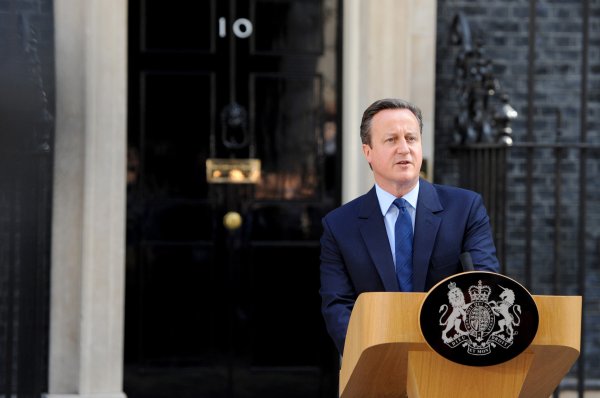 The 6 Biggest Consequences of the U.K.'s Brexit Vote, So Far
Next Up: Editor's Pick