The Brexit Vote Means It's Crunch Time for the Global Economy

It’s quite telling that the markets were only pricing in about a 25% chance that Britain would vote to leave the European Union. As studies have shown, there’s a larger trust gap than ever before between global elites and the mass populations in various countries. The fact that Wall Street so badly misinterpreted the desires of Main Street is, in some ways, no surprise. Markets have been terrible at predicting populism in the last few years, both in Europe and in the U.S.

But it doesn’t make the result any less painful, both because it’s the end of the E.U. as we know it—which was the most benevolent experiment in globalization ever—but also because markets are already having a very painful reaction to the news. Stocks everywhere are down, the pound has plunged (and may have further to go, according to estimates by the ECB and predictions by folks like George Soros). I expect that we’ll be in for a very volatile day and indeed, few weeks, in part because this may be the beginning of the larger market correction that many of us have been expecting for some time.

Let me explain why: The recovery we currently have isn’t a real recovery. It’s one that’s been genetically engineered by the world’s central bankers, who were forced, thanks to a lack of fiscal action on the part of politicians, to pour $29 trillion into global markets over the last eight years in order to offset a longer recession or even depression. But monetary policy can’t fix things on the ground—it can only buy policy makers and business people time to do that themselves. Sadly, there has been political gridlock in most major capitals (just look at the floor of Congress over the last few days, not to mention the heated politics of our presidential election cycle), and business is sitting on its cash.

If there was ever a time to unlock it, it’s now. Not only because there ARE legitimate investment opportunities out there (witness the that fact that private companies, which are not beholden to public market pressure that forces their stock down every time they try to make a long term investment, already invest twice as much on Main Street as public firms do). But also because we are at a tipping point, politically and economically. I really believe that if we don’t start to see some political and business spending on things that actually create real recovery (things like infrastructure investment, factory upgrades, worker training, and so on), but rather see companies just take the opportunity of the coming market correction to buy up their own stock and horde more cash, we are going to be for populism of the kind we haven’t seen yet. As behavioral economist Peter Atwater told me this morning: “The financial markets and the global financial and political elites are only just waking up to the extreme confidence gap amongst the public at large. Today’s market reaction is just the beginning of this; by the time everyone understands [how angry the public has been] the markets will be substantially lower.”

I have to agree. I’m strapping in. 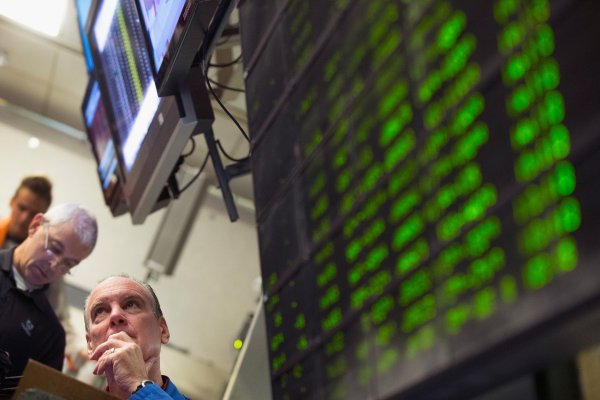 Just How Bad Could Brexit Be for the U.S.? This Bad
Next Up: Editor's Pick