Donald Trump Says Brits 'Took Back Control of Their Country'

Donald Trump has welcomed the U.K.’s vote to leave the European Union as he arrived at one of his golf courses in Scotland.

The presumptive Republican nominee told reporters that the British, “took back control of their country. It’s a great thing,” after he landed at Turnberry golf course before its opening ceremony.

Trump later wrote that if elected President he would strengthen ties between the U.S. and the U.K. “A Trump Administration pledges to strengthen our ties with a free and independent Britain, deepening our bonds in commerce, culture and mutual defense. The whole world is more peaceful and stable when our two countries – and our two peoples – are united together, as they will be under a Trump Administration,” he posted on Facebook.

He went on to identify parallels between the U.K. vote and the the U.S. presidential election in November. “Come November, the American people will have the chance to re-declare their independence. Americans will have a chance to vote for trade, immigration and foreign policies that put our citizens first. They will have the chance to reject today’s rule by the global elite, and to embrace real change that delivers a government of, by and for the people,” he wrote.

Trump is expected to hold a press conference later Friday. 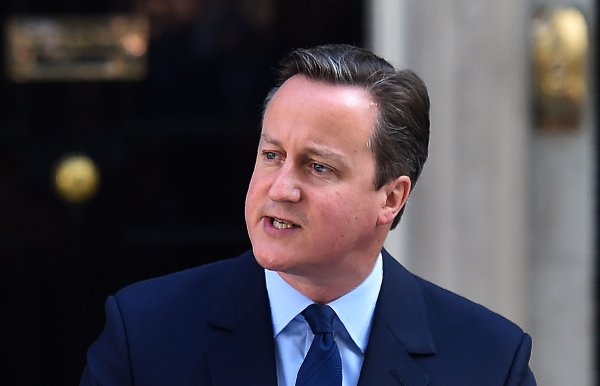