The Remain Party Bar Is the Saddest Place in the U.K. Right Now

In the early hours of Friday morning local time, James Landale, the London-based diplomatic correspondent for BBC News, tweeted this photo of a bar that he said had been set up for Remain supporters — those who wanted the U.K. to stay within the European Union.

The empty room, and the drinks lined up for revelers that never materialized, reflect the gloom that hung over Remain supporters as news broke that Britain had voted to leave Europe.

Results have confirmed that the Leave vote has won with 52% of votes to 48%, reports the Associated Press. As initial results trickled in, the sterling slid dramatically, hitting levels not seen since 1985, and stocks in Asian markets saw volatility with investors concerned about the effects of a “Brexit.” 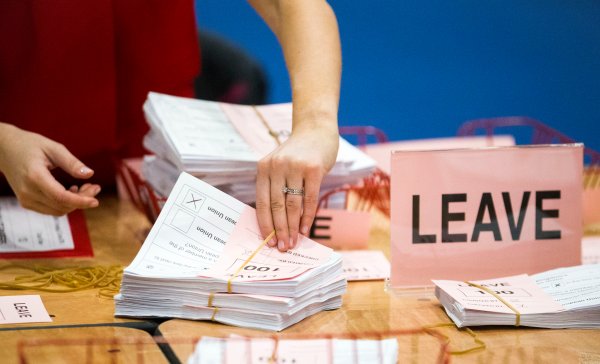 U.K. Votes to Leave European Union in Historic Vote
Next Up: Editor's Pick