Salt Lake City bachelor Baron Brooks was surprised to learn that his father paid $900 on a dating advertisement that he wrote on Baron’s behalf in the Coeur d’Alene Press.

In the ad, Baron’s father, Arthur of Beverly Hills, Calif., indicates important qualities and “musts” these potential daughters-in-law must have. Arthur describes Baron as “48 years old, live in Salt Lake City, and never been married.” While pictures are a necessity on newspaper dating ads, Arthur Brooks’ photograph of his son is admittedly outdated. The ad says, “I look just like my picture except now I have gray hair.”

Traits for the women range from “flexible” to rigid. Political beliefs, for instance, are non-negotiable. The ad states, “You must be politically conservative. This is very important to me. If you voted for Obama or plan to vote for Hillary you are not for me.” This may align with Arthur’s own political beliefs after he was allegedly drawn to Coeur d’Alene for its conservative politics, according to The Spokesman Review. Another vital attribute includes height requirements: “I am 5’5” and if you are 5’8” & like to wear high heels it may not work.”

Brooks—a health shop owner—was fully unaware of his father’s actions. He claims, “My father did this without my consent. I can’t even describe to you how embarrassing and ridiculous this is.” Arthur Brooks apparently is suffering from long-term health problems and yearns for a grandchild to keep the family name.

Brooks may be “infuriated” about the process, but he is still allowing his father to interview potential candidates. Talk about a real meet-cute. 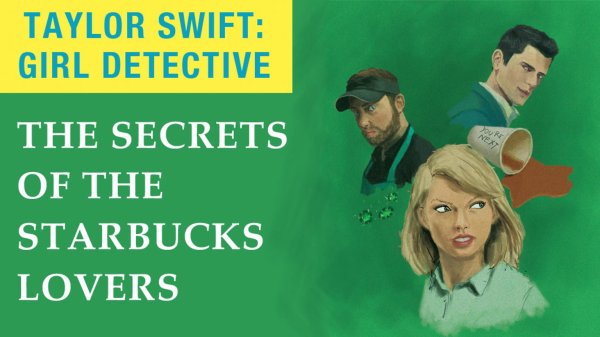 A Taylor Swift-Themed Detective Book Is Happening
Next Up: Editor's Pick