When Sandra Day O’Connor was growing up on a ranch in Arizona, she learned an important lesson from a flat tire. The story (which she’s recounted in several interviews) goes like this: One morning, young Sandra Day was tasked with bringing lunch to the ranch hands who were herding cattle in a far-off corner of the 198,000 acre ranch. She and her mother rose early to made lunch, and then she set off to deliver the food. On her way, her truck got a flat tire. She jacked up the car, changed the tire, re-screwed the bolts and got the truck working again. But she arrived several hours late with lunch.

Her father said, “You’re late.” When she explained about the flat tire, he said, “Well, you should have started a lot earlier.”

The woman who would become the first female Supreme Court Justice—who was nominated for that position exactly 35 years ago, on July 7, 1981—later told the Harvard Business Review that the lesson of the flat tire was that “you had to anticipate difficulties, and when you ran into them, you had to overcome them and do your job.”

That unwillingness to suffer excuses followed her throughout her career.

Her childhood on the Lazy B ranch, which didn’t have electricity or running water for much of her childhood, taught her work ethic and self-reliance. It also formed the roots of her political and legal foundations. The Days were Republicans, and Sandra Day O’Connor’s children have said they suspect that Day was inspired to study law after her family lost half a million dollars in a drawn-out suit over the family ranch. After graduating from Stanford and Stanford Law in 1952, completing both degrees in six years instead of seven, she married John Jay O’Connor III, her co-editor on the law review.

Like her colleague Ruth Bader Ginsburg, it was difficult for her find work as a lawyer—few law firms would hire women, so she started her career as a deputy county attorney for San Mateo county before opening a tiny practice in Phoenix.

There, after taking some time off to raise her kids, O’Connor started to rise in Arizona politics, moving from assistant attorney general in Arizona in 1965, to State Senator in 1969, to State Senate majority leader in 1973, to Superior Court judge in 1975 and finally to the Arizona Court of Appeals in 1979. “She didn’t send out any signal of interest, much less send in an application,” Arizona’s then-Governor Babbit told the Washington Post in 1989. “There wasn’t any evidence of the raw fire of ambition… the intense part of her ambition is focused against an internal standard rather than an outside goal or standard.”

Meanwhile, Ronald Reagan was running for President. And one of his major campaign promises was to appoint a woman to the nation’s highest court.

O’Connor got that call in 1981. “She was so reserved and calm and just, ‘Well, let’s see what this is all about,'” her son Brian has said. After a brief Oval Office interview, in which Reagan asked her to confirm that she was opposed to abortion, he nominated her, praising her “unique qualities of temperament, fairness, intellectual capacity and devotion to the public good.” And, though she had fought hard against assumptions about what a woman could do in the field of law, by that point her selection was uncontroversial in the American mainstream.

“By giving the brethren their first sister,” TIME noted when the news broke, “Reagan provided not only a breakthrough on the bench but a powerful push forward in the shamefully long and needlessly tortuous march of women toward full equality in American society.”

She was confirmed by the Senate, 99-0. In her more than two decades on the bench, she would change the course of American history—not least by casting the deciding vote in Bush v. Gore in 2000, which awarded the presidency to George W. Bush.

Still, perhaps Sandra Day O’Connor’s most enduring legacy is not any particular opinion, but rather her encouragement of other women on the bench, specifically Ruth Bader Ginsburg. Although she disagreed with liberal Justice Ginsburg on several occasions—and while O’Connor, though diverging from other conservative justices on several key cases regarding women’s rights, shrugged off the public feminism embraced by her colleague—the two women were fierce allies. As Linda Hirshman reported in her book Sisters in Law, Justice O’Connor encouraged Ginsburg to write the famous 1996 opinion that required the all-male Virginia Military Institute to admit qualified women, an opinion that cited and expanded her own 1982 Mississippi University for Women v. Hogan, which declared that here needs to be an “exceedingly persuasive justification” to allow gender-specific classification. When deciding who should write the VMI opinion, O’Connor said, “this should be Ruth’s.”

And although O’Connor has now retired, Ginsburg has carried on that particular legacy, taking newer justices Elena Kagan and Sonia Sotomayor under her wing. 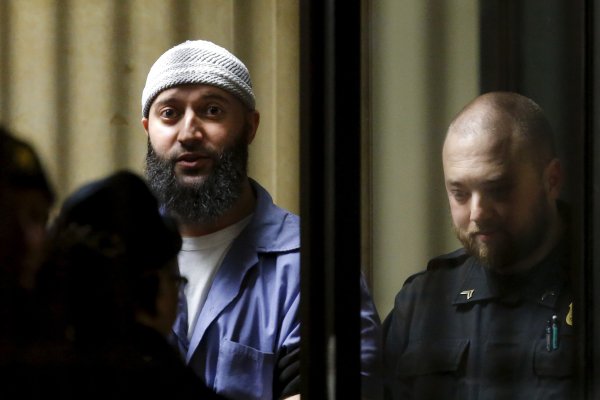