When you meet Winona Ryder, it’s hard to shake the feeling that she belongs to another era. It’s not just that she doesn’t appear to have aged a day since she reached icon status in the 1990s with films like Edward Scissorhands and Girl, Interrupted. It’s also the way she lives her life. She says that she still keeps old cassette tapes of important voicemails and bootleg VHS tapes of concerts. It took her an “embarrassingly long time” to figure out how to take a selfie on her phone. On the topic of the Internet she muses, “I do wonder sometimes if part of me didn’t want to have kids because it’s such a crazy world. You really can’t control what they see.”

Luckily for her, this era—that is, the present one—also belongs to another era. Nostalgia is the strongest tide in Hollywood, from sequels and reboots to original films that harken back to a bygone era—and nobody evokes the past quite like Winona Ryder.

That makes this the perfect moment for her return to the spotlight. At a time when franchises from Jurassic Park to Star Wars are being resurrected, Ryder starring in a new Netflix thriller series set in the ’80s, Stranger Things, that joins a handful of other fictional shows set in recent history due out this year, including Baz Luhrmann’s ’70s musical The Get Down and the ’80s crime drama Hap and Leonard.

While audiences remember some actors based on one or two great films, Ryder had such a long run playing strange, rebellious women in the late ’80s and ’90s—Beetlejuice, Heathers and Dracula, among others—that her doe-eyed gaze conjures up a mood more than a memory. Yet movie-making has become so stratified that characters like the ones that made her famous are hardly around anymore.

“These days, it’s either a small movie made with no money over the course of six years or the superhero movies,” Ryder, now 44, says over lemonade at a West Hollywood restaurant on a hot summer day. “I can’t really envision myself in a cape getting chucked out of a window.”

Ryder’s meteoric rise to A-list status in her teens and twenties and tabloid-fueled fall shortly thereafter made her a national obsession. But the nearly decade-long hiatus that followed left her tethered to the moment she exited the public eye. America watched her male co-stars—like Ethan Hawke, Christian Slater and Johnny Depp—continue to grow up, as they became increasingly bankable movie stars. But for the viewers who haven’t seen the handful of small roles she’s taken over the past few years, Ryder is still frozen in time.

Michael Keaton and Winona Ryder in Beetlejuice in 1988.
Warner Bros.

That’s what makes her so perfect for Stranger Things. Ryder’s strengths align with its eerie vibe—think E.T. meets Twin Peaks. She gives an urgent performance that serves as the show’s beating heart. “I’m sort of old school in my approach to acting. Like, if I have to cry, I have to really cry. I’m allergic to the thing they use [to help actors cry] if you literally run out of tears,” says Ryder. “There are some people who can turn it on and turn it off or use this stuff, but I really have to go there mentally. Usually on a film there’s a couple of scenes, but this was my first time doing eight episodes of something, and let me tell you, crying all day,” she pauses. “Wow.”

Born in 1971 to two writers in a farmhouse near Winona, Minnesota, Ryder had a rather unconventional childhood. She spent a few years on a commune before moving to the small town of Petaluma, California. Timothy Leary, the much-arrested psychologist who advocated for the use of LSD, was her godfather; Allen Ginsberg was a family friend. She says she was raised to be suspicious of the mainstream press and the government. She was cast in her first movie, Lucas, at 14 and was starring in Beetlejuice by 17. Soon everything she touched was destined to be a box office hit or cult classic.

To say Ryder was the “it girl” of the ’90s is to understate her potency as an actress. Partially by choice and partially because she has a look that defies actress stereotypes—a producer notoriously told her as a teen that she wasn’t pretty enough for Hollywood—Ryder outshone her chipper contemporaries by starring in, well, stranger things, like Heathers and Mermaids. Even when she donned a blonde wig to play the high school cheerleader, it was for Tim Burton’s surreal Edward Scissorhands. In these roles she blew up (in Heathers’ case, literally blew up) the stereotypical leading lady and made dark swagger cool.

But Ryder was also one of the early casualties of the rising tabloid era. She got engaged to Johnny Depp when she was still a teen, and the couple became paparazzi magnets. He tattooed “Winona Forever” on his arm. (After they split, he altered it to “Wino Forever.”) Interest in that relationship endures and leads me to ask her about allegations that Depp’s current wife, Amber Heard, has made that he physically abused her. She calls the thought “unimaginable.”

“I can only speak from my own experience, which was wildly different than what is being said,” Ryder says. “He was never, never that way towards me. Never abusive at all towards me. I only know him as a really good, loving, caring guy who is very, very protective of the people that he loves.”

“I wasn’t there. I don’t know what happened. I’m not calling anyone a liar. I’m just saying, it’s difficult and upsetting for me to wrap my head around it. Look, it was a long time ago, but we were together for four years, and it was a big relationship for me,” she says. “Imagine if someone you dated when you were—I was 17 when I met him—was accused of that. It’s just shocking. I have never seen him be violent toward a person before.”

She understands why I asked about it in the first place—abusers can show patterns of abuse, and the allegations are so serious. But otherwise, Ryder has gone to great lengths to keep her private life private after run-ins with the media in her early years and a seemingly endless effort to project a certain persona.

“There were times where people might have seen me and said, ‘Wow, she’s so lucky.” But I was depressed, I was going through something,” she says. “That time I went through led me to make Girl, Interrupted. Most girls go through that at around that age—20, 21.” The 1999 film, which deals with women grappling with mental illness, was Ryder’s passion project and took her seven years to get onscreen. It won co-star Angelina Jolie an Oscar for Best Supporting Actress, but Ryder’s career was beginning to stall.

Ryder says this took an emotional toll. “You can’t look to the industry to validate you as a person because that can just lead to incredible disappointment,” she says. “I will admit I was guilty of that when I was younger because you get caught up in it, surrounded by people that are telling you that it’s the most important thing, and you’re young and you believe it.”

Most remember what happened next: She was arrested in 2001 for shoplifting $6000 worth of merchandise from Saks Fifth Avenue. Police found in her possession a syringe and painkillers. She’s not eager to revisit this time in her life. “It was really important for me to get out,” she says. She spent time in San Francisco, where her family lives.

“I took some years off, and I didn’t realize that was very dangerous in terms of my career. I was constantly being told, ‘You have to keep working so you stay relevant.’ When I was ready to come back, I was like, ‘Oh, where did everyone go?’” Ryder says. “A lot of actors have ups and downs. I think mine were—people might see them as awful—but I learned, and I appreciated the time away.”

For almost a decade, Ryder was largely missing from the screen, in part because studios couldn’t figure out how to use this iconic rebel teen who was no longer a teen. “My thirties were a little bit tough, for various reasons. But I do remember work-wise, people thought of me as the ingénue,” she says. “But I was too old for that.”

All that began to change in 2010 when, in a clever casting move, she appeared in Darren Aronofsky’s Black Swan as an aging ballerina fighting to stay relevant as a younger, newer model (Natalie Portman, Ryder’s doppleganger) ascends within the company. The movie demonstrated how a director could play with audience’s perceptions of Ryder—how her reputation had become one of her greatest strengths. Now, as the industry so fully embraces nostalgia, Ryder becomes ever more useful as a conduit to exploring the recent past, most recently in the 1960s-set Experimenter about the Stanley Milgrim experiments, in David Simon’s 1980s-set HBO political drama Show Me a Hero, possibly in a rumored Beetlejuice sequel and now in Stranger Things.

In the Netflix series, she plays a mother living in a small Indiana town whose son goes missing, just as an alien and a gifted child each escape from a secret government facility. If this all sounds very Spielbergian, it’s meant to. The directors have said that they want to pay homage to films from their childhood: Close Encounters, E.T., Stand By Me.

Left to a lesser actress, the role of the anguished mom could be played either dolefully or heroically, but Ryder brings a welcome delirium to it. She gets to employ her wild-eyed look once again in this role, as she begins to believe that her missing son is communicating with her in supernatural ways. She’s harried and crazed, a woman who was already teetering on the edge before her son went missing—but she’s grounded enough in her grief that she doesn’t lose the audience.

The story had a particular resonance for her. Polly Klaas, a 12-year-old who lived in Ryder’s hometown went missing and was later found dead.

“I’ve seen first hand that tangible grief, you can literally feel coming out the pores of the parents,” she says. “Not that I would ever use that. I kept that separate. I’m still very close with her family. But I think it’s the worst thing you can ever experience as a parent.” Ryder offered a hefty reward for anyone who could find Klaas.

But the show has also allowed her to step into a different kind of role. It’s easy to think of her as a woman out of time, yet actually, Ryder has become a woman who she always wanted to be. “I started acting so young, I secretly wanted to be older,” she says. “I know there’s a lot of conversations right now about ageism, and I know a lot of actresses who have a tough time, and I’ve gotten offered those mom parts. But you can make something of it. For me, I’m finally getting to play my own age, and it’s liberating. I would not want to go back to playing the ingénue.” 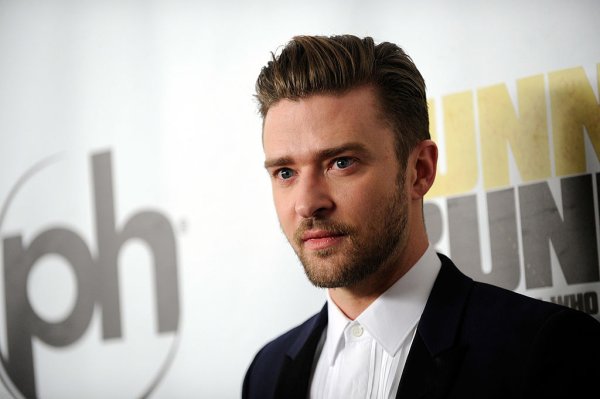