Tyra Banks Is the Ultimate Peacemaker In 'Supermodel War'

There’s a clash of the generations happening in the fashion industry, but Tyra Banks is here to keep the peace. The supermodel and media personality put in her two cents about a debate over who deserves the title of “supermodel” that escalated quickly from high fashion into high drama over the course of the last month. And honestly, who better to play peacemaker than the woman responsible for launching reality show America’s Next Top Model, a source of endless drama and aspiring models?

The conflict in question began in April when Rebecca Romijn said Kendall Jenner and Gigi Hadid were “not true supermodels” in an interview with Entertainment Tonight. Predictably, it went viral, causing her to send out the following tweet.

The relative calm after this olive branch was proffered was disrupted when ’90s icon Stephanie Seymour told Vanity Fair in response to a question about Romijn’s remarks that she would rather call Kendall and Gigi “b–s of the moment” than “supermodels.”

As expected this didn’t sit well with Jenner or Hadid; Jenner took to her app to write a response, calling Seymour’s statement “cyberbullying” and noting that, “Being a ‘supermodel’ is a relative term. If people want to call Gigi and I supermodels now, it doesn’t take anything away from supermodels of the past. Obviously, I have so much respect for those women, but right now, we’re the models of this time. Significant? Maybe. Hardworking? For sure.”

But before the supermodel war could escalate, Tyra Banks addressed the issue as only she could.

First she took to Twitter, going so far as to invoke Rodney King.

She then followed that up with an Instagram, hinting at the wisdom she was about to drop.

Finally, Banks addressed the clash from both sides in an essay titled, “Model War” that she posted on her beauty brand’s website.

She first addresses the original supermodels, acknowledging their hard work and trailblazing ways and how they got the coveted title of “supermodel”, “after all the blood, sweat, fears and floods of tears.” She then goes on to address the current state of modeling, where a strong social media presence can launch a career.

“Fast forward to present day, and some of us are in a state of shock,” she wrote. “We witness young girls on reality shows and super popular girls on social media now being called Supermodels and think, ‘WHAT?! It’s not fair! Is that kind of success even real?’ I’ve gotta be blunt. Yes. IT IS REAL.”

She then congratulates the new generation of models.

“I thought Supermodel-dom was over. I thought it was the end of an era. But then you appeared and made it mean something again. Selfishly, the pain, the struggle, the blood, sweat, fears and tears of past Supermodels is not in vain. We won’t die off like an endangered species.” 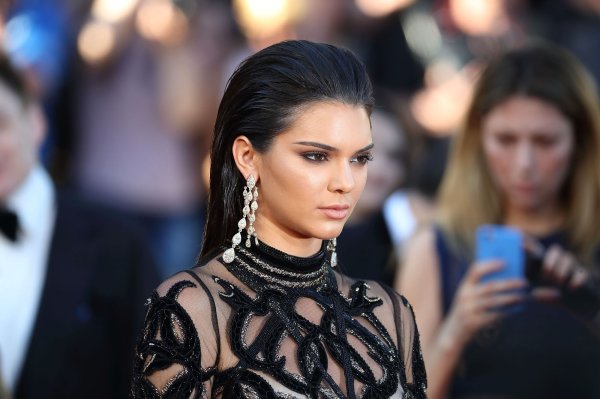