Watch the 5 Most Interesting Moments of the House Sit-In

Democratic lawmakers attracted national attention, angry Republicans and a swarm of social media posts with their day-long hold of the House floor.

Using social media to broadcast their sit-in, House Democrats and some visiting Senate colleagues demanded that Republican Speaker Paul Ryan allow a vote on gun control measures. The Speaker and his Republican colleagues refused to budge, and the protest ended just after 1 p.m. Thursday. Lawmakers have promised to resume on July 5, when the House is scheduled to gavel back into session.

Here’s a look at five of the most interesting moments of the sit-in.

Almost 12 hours into the sit-in, Ryan attempted to retake control of the House floor with his Republican colleagues. GOP members streamed into the House as Democrats chanted, “No bill, no break!” House cameras were briefly turned back on to document the drama. Democrats held pieces of paper with the names of victims of the Orlando shooting.

As Democrats continued to occupy the House floor, Republican Rep. Louie Gohmert of Texas decided he had enough. Gohmert walked up to Democrats and began yelling, “Radical Islam!” Democrats yelled back and eventually separated Gohmert from the core group at the center of the House.

Democrats sing ‘We shall pass a bill someday’

Around 10:30 p.m., as the House voted on legislation unrelated to guns, Democrats broke into song. They held hands and sang, “We shall overcome,” an anthem of the civil rights movement. In certain verses, Democrats amended the song, singing, “We shall pass a bill someday.”

Rep. Keith Ellison gets a note from his mom

While meeting with Democratic Rep. Keith Ellison of Minnesota, Trita Parsi of the National Iranian American Council tweeted that the House member got a note from his scheduler. “Your mom called and wants you on the floor,” the note read. Parsi’s #NoBillNoBreak tweet spread quickly on Twitter.

Democrats turn to the Internet

Because the House was technically not in session for most of the Democratic sit-in, the cameras were turned off. The outside world was blind to what was happening inside. But only briefly. Various Democrats began livestreaming the sit-in on platforms like Facebook and Periscope. Democratic Rep. Eric Swalwell of California has done multiple livestreams. His current Periscope of the House has been going since 5 a.m. 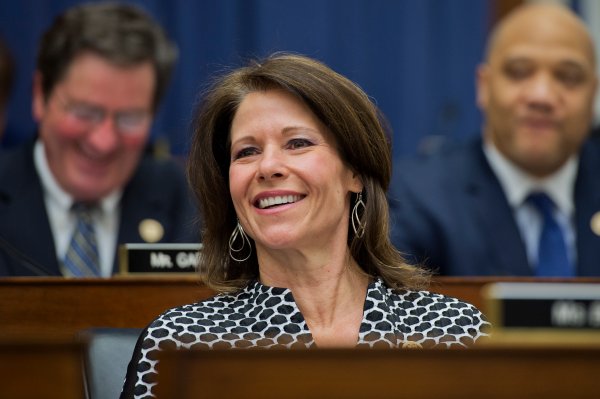 Watch Democratic Representatives Explain Why They Staged the Sit-in
Next Up: Editor's Pick