Watching J. K. Rowling Get Excited About Fantastic Beasts Will Make You Wish It Was November Already

Eddie Redmayne’s Newt Scamander is a new kind of hero, according to Harry Potter author J.K. Rowling in a featurette about the forthcoming film, Fantastic Beasts and Where To Find Them.

The first two trailers for the film offered enticing glimpses of Scamander’s journey to America to scout out fantastic beasts to fill the pages of the Hogwarts textbook he is writing. But there was one notable problem with the trailers—no beasts. The new featurette takes care of that, showing eager fans a few of the new additions to the magical universe including a praying mantis-like plant creature and what appears to be a magical shrew.

The new featurette also finally lays out more about the film’s action thanks to commentary from Rowling. While Rowling is an accomplished author, Fantastic Beasts marks her screenwriting debut and it looks like she cooked up an incredible story, because of course she did. It appears that Scamander, a self-described magical zoologist, is making his way through America when he crosses paths with a Muggle…er, “No-Maj” and accidentally reveals the existence of magic to him, despite strict laws against doing that in America.

In the trailer, Redmayne says, “Newt feels more at home with creatures than he does with human beings.” So making his way through a society that he doesn’t fully understand is particularly challenging, but portraying Scamander as an outsider is exactly what Rowling had in mind. “My heroes are always people who feel themselves to be set apart, stigmatized or othered,” said Rowling in the video. “That’s at the heart of most of what I write, and it’s certainly at the heart of this movie.”

It’s hard to wait to find out more about this new character, but Fantastic Beasts and Where to Find Them doesn’t open until Nov. 18. 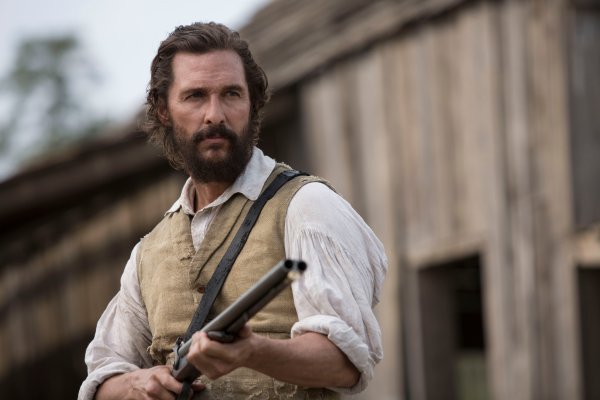 Review: Free State of Jones Is Earnest and Sometimes Exhilarating, But Packs Too Much In
Next Up: Editor's Pick