Matthew McConaughey Is Definitely Down For Another Round of True Detective

Matthew McConaughey is about to appear in a string of high-profile silver screen roles including as a Civil-War-era rebel hero and Stephen King movie villain. But he’s still haunted by the nihilistic character he played on the small screen for HBO’s True Detective. In fact, he liked the character so much that he’s still interested in reprising the role.

“I miss Rust Cohle, man,” he said in an interview with Rich Eisen on The Rich Eisen Show Wednesday. “I miss watching him on Sunday nights.”

After a first season of rave reviews, True Detective returned last year with a whole new cast for its second go-round — a choice that, ultimately, fell flat. And although the series was picked up again for a third season, it has yet to announce casting or filming plans, leaving the road wide open for a potential McConaughey return.

“I was a happy man while we made that for six months, because I was on my own island,” McConaughey said of his experience on set. Interesting, considering his character’s hallmark pessimism.

For a nearer-term McConaughey fix, fans of the idiosyncratic actor can find him in Free State of Jones, where he’ll be playing a scraggly-bearded Confederate deserter and rebel. As for the fate of True Detective? Maybe McConaughey’s interest will reignite the spark of the show’s fading hopes. 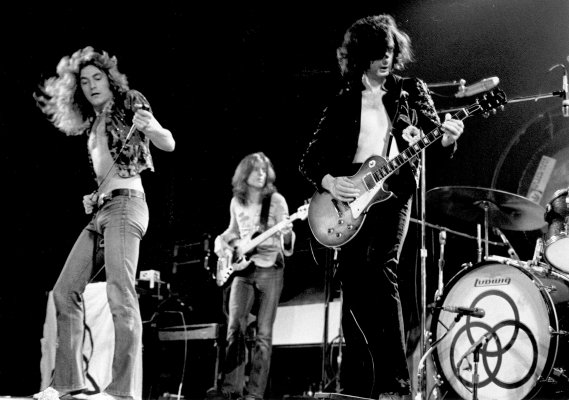 Led Zeppelin Wins Trial Over Whether They Copied 'Stairway to Heaven'
Next Up: Editor's Pick