Around 30 students sit in in front of the office of John J. DeGioia, president of Georgetown University in Washington, D.C., on November 13, 2015. The sit in was in solidarity with other student protests throughout the country addressing racial discrimination on campus. The students also demanded the change of the name of Mulledy Hall on campus. The hall was named after former University President Fr. Thomas F. Mulledy, S.J., who completed his term as president in of Georgetown University in 1838. After his term, Mulledy authorized the sale of 272 slaves owned by the Society of Jesus in Maryland.
Astrid Riecken—The Washington Post/Getty Images
By Rosalie Chan

Georgetown University President John J. DeGioia pledged a large effort to make amends for the university’s sale of 272 slaves in 1838.

DeGioia told The Washington Post on Wednesday that the university will unveil plans later this summer to address the legacy of slavery, racism and segregation at Georgetown.

In February, he announced that the university will expand its faculty in African American studies and establish a research center focused on racial injustice. Last November, Georgetown announced it would remove from two buildings the names of two of past presidents who organized or played a role in selling slaves to a Louisiana plantation to help the university pay off debts. The 1838 sale proceeds were estimated to be about $3.5 million in inflation-adjusted dollars.

Currently, Georgetown has access to archival material about the 272 slaves. DeGioia said this will shape the university’s response.

Next week, DeGioia plans to travel to Louisiana to meet with descendants of the slaves and hear their views. 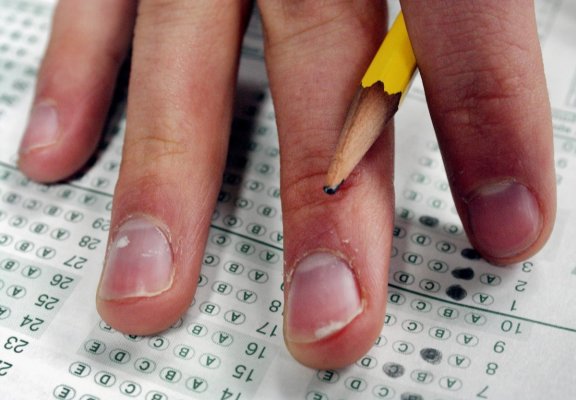 Can You Answer These Questions From the Original SAT?
Next Up: Editor's Pick