Review: 'Inside' Is a Masterful, Elliptical Puzzle-Platformer

If Inside has something to say about the horrors of scientific despotism or the redemptive power of collectivism, it’s lost on me. That’s fine, because the only reason you need to play studio Playdead’s puzzle-platformer, out for PC and Xbox One on June 29, is that it pulls off so many clever little gameplay things so superbly.

Playdead’s fledgling 2010 effort Limbo feels in hindsight like the inverse: visually arresting but mechanically shallow. It was all too easy to mistake its striking chiaroscuro art and conceptual obliqueness for profundity—that’s what you get when a medium’s been hijacked by commercially mercenary and monolithic sequel-safe franchises. In the end, Limbo was interesting to watch, but a letdown to play.

Not Inside, which brings to fruition whatever Playdead’s designers were scratching at six years ago. You begin as a young boy stumbling through a forest, slinking past strange sights: Kafka-like figures in silhouette brandishing flashlights, menacing wolf-dogs inclined to tear your throat out, vast structures containing glass-walled prisons, people marching like puppets to God knows where. It’s never explained who you are, where you came from, or where you’re going, which is just as it should be, your disorientation elevated by a gathering sense of existential dread. It’s enough to describe the game’s plot as “You moving forward, mostly left to right, one conundrum at a time.”

It’s those conundrums that resonate this time, each a loosely physics-based riddle inviting exploration and contemplation, a hypothetical first attempt, then bits of fine-tuning. There’s no combat, no heads-up display, no talking or tutorials or introductions, and no overlays signaling how to work the buttons on your keyboard or control pad to interact with the world. That stuff is left to you to figure out. It’s as if you’re playing a highly evolved Éric Chahi game, everything beautifully abstract, kinetically fluid and visually distillate.

Every few screens the designers throw up some challenge that boils down to “How do I get from here to there?” The distinctions (from less intrepid puzzle-platformers) lie in the details. Many depend on your noticing disjointed objects or cues, say, what’s happening in the background when you interact with an object in the foreground. Others require sussing out a sequence then executing it with deft timing, say leading a relentless pursuer astray before punching a button and managing to slide (just barely) under a closing bulkhead door.

But then you’ll stumble on a puzzle that interacts with another like a nested script, the novelty of encountering these and the “A-ha!” moment when your internal light bulb sparks piercing the game’s unremitting gloom. This is what high-wire puzzle design looks like, and there were moments playing Inside that had me wanting to lay the gamepad down and applaud.

I don’t want to undersell Inside‘s aesthetics, because they matter, though I think they work better if you view the game as less a cohesive narrative than a series of vignettes. Make that progressively more disturbing vignettes. Think about the imagistic power of exploitive body horror films. Inside isn’t that crass, but as you progress, it definitely inclines toward that sort of visceral horror. Imagine the ethically rudderless zeal of Josef Mengele in The Boys from Brazil folded into the nihilism of screenwriter W. D. Richter’s Invasion of the Body Snatchers. That’s the undercurrent here, and if Inside‘s elliptical finale signals a glimmer of anything, it’s only in the slightest sense, like the codas to Cormac McCarthy’s Blood Meridian and The Road.

But now I’ve wandered into interpretive muddling, when what makes Inside interesting isn’t its dim woodlands, creepy factories, moody bunkers or underwater mysteries, but the craftsmanship of its puzzles and platforming challenges. This now feels like where Limbo was headed all along. I’m just grateful Playdead has been afforded the chance to bring us there. 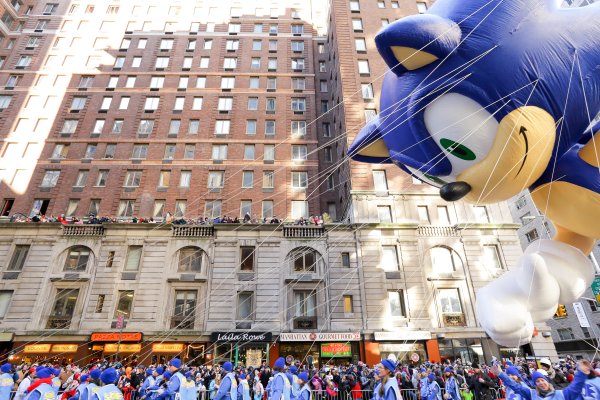 This Iconic Video Game Character Is Making a Big Comeback
Next Up: Editor's Pick