“For more than two decades now — everybody acknowledges — our immigration system has been broken,” Obama said. “And the fact that the Supreme Court wasn’t able to reach a decision today doesn’t just set the system back even further it takes us further from the country we aspire to be.”

Earlier in the morning, the Supreme Court split 4-4 in the case of U.S. v Texas, a challenge to the president’s plan to expand deferrals in deportation action to include the parents of children who are in the country legally and expand protection for some children who came to the country illegally. The tie does not set precedent, but it did not allow for the Supreme Court’s input on an issue the president deemed a key legacy project of his last term. The decision, instead, remands the case back to a lower court decision that said the Obama administration did not have the authority to shield to four million undocumented immigrations from immigration.

President Obama said the decision would not impact a policy he put in place in 2012 to stop deportations of young undocumented immigrants who meet certain requirements as well as his administration’s policy to prioritize criminals for deportation, but agreed the lack of Supreme Court input was “heartbreaking for the millions of immigrants who have raised families here.”

Obama blamed Congress for not acting on comprehensive immigration reform and also for its failure to confirm his Supreme Court nominee. Obama said the decision “underscores the degree to which the Court is unable to do its job.”

Thomas A. Saenz, the president & general counsel of the Mexican American Legal Defense and Educational Fund, agreed with that sentiment in a call shortly before the president spoke. “Today’s 4-4 deadlock is clear indication that the U.S. Senate’s refusal to do its job has very real consequences,” he said.

The national President of the Hispanic National Bar Association, Robert T. Maldonado, said in a statement Thursday that it is a “sad day for millions of hard-working immigrant families, their friends and allies” but argued the community will continue their efforts.

The fight could reach its pressure point in the voting booth this November. In the White House Press Briefing Room on Thursday, President Obama said voters will play a critical role in deciding how the country moves forward on this issue. 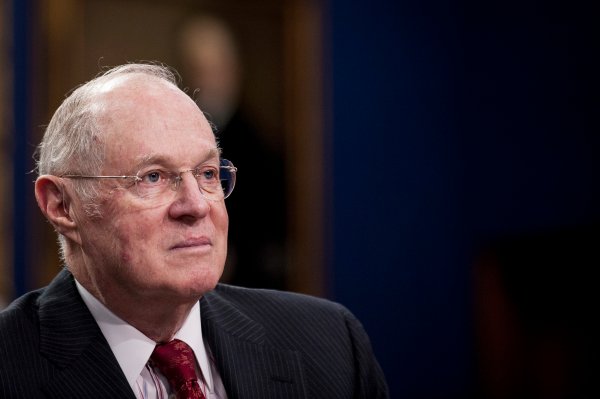 Here Is What Could Happen With Abortion and the Supreme Court
Next Up: Editor's Pick