Did Blair secretly agree to back Bush on going to war in Iraq? A new report may reveal the answer
Christopher Morris—VII for TIME
By Mark Leftly/London

Just days after Britain’s E.U. referendum, the country will halt once again for a second political moment for the history books—the release on July 6 of a report that could define the legacy of one of the U.K.’s most important postwar leaders, Tony Blair. The report, which documents the findings of a seven-year inquiry into the war in Iraq, is a 2.6 ­million-word doorstopper more than four times the length of Leo Tolstoy’s War and Peace.

The former British Prime Minister, until last year a Middle East peace envoy, is said to be heavily criticized in the report for the way he brought the U.K. into supporting President George W. Bush in the invasion of Iraq in 2003. Blair’s political opponents are now determined to use the inquiry to destroy his reputation, and even see him convicted as a war criminal.

Passionate opposition to the war in Iraq has long run deep in the U.K., and today more than half the British population feels that the government misled them about the justification for joining the U.S.-led coalition. The government infamously argued in a 2003 media briefing that Iraq’s dictator, Saddam Hussein, could deploy weapons of mass destruction on the West within 45 minutes. What became known as the “dodgy dossier” persuaded lawmakers to back Blair’s call for war, but, post­invasion, the weapons were never found because they did not exist. Faulty intelligence was blamed, but nobody was held to account. In 2009, as British troops began leaving Iraq, the Labour government appointed former senior civil servant Sir John Chilcot to hold an inquiry that was supposed to last about 12 months. Instead, to the fury of the families of troops killed in action, it has taken seven years and cost over $14 million.

Blair’s opponents hope Chilcot will condemn him in at least three ways: misleading Parliament over the dossier; privately agreeing with Bush to go to war at least a year before the invasion started, meaning he had not sought a diplomatic solution first; and failing to prepare for the rebuilding of the country once occupation began.

Alex Salmond, Scotland’s former First Minister who now sits in Parliament, believes the report must contain devastating news for Blair as he has attempted to preempt it by repeatedly defending his actions on Iraq. “[He] has re-emerged like some vampire being reconstituted at the end of a Hammer horror film.” But if the report is as devastating as Salmond expects, he is hoping to make Blair stand trial. “Chilcot heard a lot of evidence on the critical factor of whether Blair precommitted himself to war, so I’m hoping the former PM gets nailed on that,” he says. “Everything that followed started with that decision—that’s the key to this.” Salmond has assembled a group of 12 cross-party lawmakers who, he says, are ready to pursue Blair through international, domestic or parliamentary legal processes. Tim Farron, leader of the anti–Iraq War Liberal Democrats, hopes the report will allow every MP who voted for war to be held up to scrutiny. There will no longer be any doubt that Blair and his Labour Party were “wedded at the hip” to Bush’s “rush to war,” he says.

Blair’s office declined to comment for this article, but the former Prime Minister admitted May 24 he “underestimated profoundly” the regional forces that destabilized postconflict Iraq. But he argued a few days later that he made his position on invasion “very clear” at the time. That will be reflected by the report, says his biographer John Rentoul. “The inquiry certainly is not going to criticize Blair for taking us to war on a lie, because he didn’t. Nobody can draw that conclusion from studying the facts.”

Rentoul dismisses the precommitted argument as “a conspiracy theory of the antiwar crowd,” because of Blair’s solidarity with the U.S. in the wake of the terrorist attacks of Sept. 11. What seems certain is that the instant the report is published, both Blair’s enemies and fans will immediately seize on aspects that attack or defend him. At 2.6 million words, though, the findings might well prove a lot harder to parse than either side will concede. 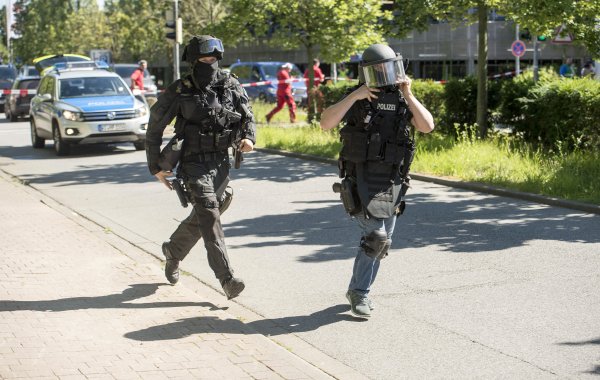