Why Brexit Could Be Just the Beginning for an Angry Europe

Britain has voted to leave the European Union in a historic referendum. But the Euroskepticism that forced the referendum in the first place isn’t going anywhere. In fact, we should stop calling it “Euroskepticism.” It’s really “Eurohostility”—and it wouldn’t have gone away even if Britain had voted to stay in the E.U. Here are 5 places that show the depths of anti-E.U. anger beyond the British Isles—and what it means for Europe going forward.

In Italy, much of public anger focuses on the impact of the euro on the country’s economy. The Eurozone’s third-largest economy, Italy’s debt-to-GDP ratio (currently above 130%, fifth-highest in the world) makes it both too-big-to-fail and too-big-to-save. Traditionally, it’s been a political basket case—the country has had 63 different governments since the end of World War II—though current center-left Prime Minister Matteo Renzi has provided some stability and a credible push for much-needed reform. Renzi is trying to streamline the country’s unwieldy legislative process by concentrating power in the parliament’s lower house and granting the winning party an automatic minimum of 53 percent of seats to help ensure government stability. He’s called for a constitutional referendum this October to push through these changes.

Renzi is facing pushback from the fiercely anti-establishment 5 Star Movement (M5S), an economically populist party pushing Italy to leave the Euro. M5S’s message has found plenty of ears. Significant victories came this past weekend: Virginia Raggi won Rome’s mayoralty with 67 percent of the vote, and another M5S candidate was elected mayor of Turin, the industrial heartland of the country.

Renzi has vowed to resign should his constitutional referendum fail to pass; at the moment, 28.6 percent of Italians support the reforms, 27.2 percent oppose them, and 44.2 percent are undecided. But polls show that if elections were held today, M5S would squeak by Renzi’s party to secure first place.

(The Economist, CIA World Factbook, Reuters (a), Bloomberg, Reuters (b))

For other E.U. member states, Eurohostility is focused much more directly on the current migration crisis. Consider Scandinavia. Sweden, a country of less than 10 million, has accepted more asylum seekers per capita than any other European nation. Not coincidentally, the nationalist, anti-immigrant Sweden Democrat party has begun to play a more significant role in the country’s politics.

The Danish People’s Party won 21 percent in last year’s general elections, a 50 percent uptick over the past eight years. More importantly, it’s been able to push its anti-immigration agenda by forming a minority government with the Liberals, resulting in some of the harshest immigration rules in Europe. Danish legislators even passed a law this year requiring asylum seekers to hand over valuables to help pay the costs of resettlement.

Migration woes have also boosted Eurohostile parties in Eastern Europe. Sometimes, political parties don’t need to win seats in government to change their countries’ political agendas. Nigel Farage and the upstart U.K. Independence Party forced British PM David Cameron to run to the right in last year’s parliamentary elections; the Brexit referendum was a last-ditch promise by Cameron to keep some Euroskeptic Tories from defecting to the UKIP camp.

In Hungary, Viktor Orban, the head of the ruling, right-wing Fidesz party and current prime minister, faced a similar threat from the surging anti-Semitic, racist Jobbik party, which went from 2 percent of the vote in 2006 to 21 percent today. Orban’s decision to build a razor-wire fence to keep out Syrian refugees was intended to burnish his nationalist credentials. The wall has slowed the flow of refugees into the country from more than 4,000 a day last fall to less than 100 within two months.

As Hungary built fences, German Chancellor Angela Merkel welcomed refugees. To date, more than a million asylum seekers have arrived in Germany. Merkel once had approval ratings in the mid-70s; today, 64 percent of Germans say Merkel shouldn’t run for re-election next year. Still, with no clear alternative, Merkel and her ruling CDU coalition are the favorites to win.

But the past few years have seen the rise of the Alternative für Deutschland (AfD), a right-wing, anti-EU party that has found traction by taking a strong line against Islam, for example by passing a motion in the party’s policy platform that declares the religion incompatible with the German constitution. The party failed to reach the 5 percent threshold to enter parliament in 2013, but it’s currently polling between 10 and 12 percent. Should those numbers hold until next year’s election, AfD would become the first right-wing party to win seats in the Bundestag since World War II.

In France, the risk is more immediate. The ultra-nationalist, anti-E.U. Front National has remained mainly on the political fringes since Jean-Marie Le Pen founded the party in 1972. Following a flirtation with greater influence when Le Pen reached the second round of presidential voting in 2002, the party fell on hard times. It gained new life once his daughter Marine took over in 2011. The younger Le Pen pivoted from overt anti-Semitism and other right-wing populist ideas to a more streamlined (and logically consistent) anti-immigration, anti-Islam and anti-E.U. platform.

That’s a concern for Brussels, since Le Pen dubbed herself ‘Madame Frexit’ and has promised the French people a referendum on E.U. membership should she come to power. At the moment, 55 percent of French citizens say they want a vote; 41 percent say they would vote ‘Leave.’ Demand for a referendum appears to be growing in a number of E.U. member states. 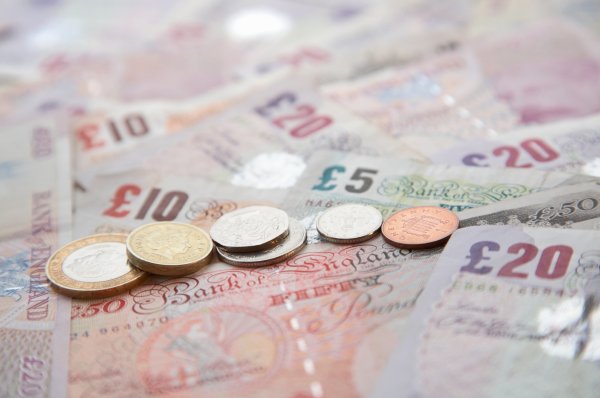 Sterling Rises to Record 2016 High During Brexit Vote
Next Up: Editor's Pick