Photograph by Hannah Whitaker for TIME

How Orlando Resonated In One Neighborhood. And Inside One House

India’s Success Is Built to Last

Buildings That Power Themselves

Lam Wing-kee, one of five Hong Kong booksellers who vanished last year before turning up in Chinese custody, broke his silence on June 16 after eight months in detention. His revelations have enraged the territory.

In Sports and More, Moscow Is Bending the Rules to Get Ahead

The Secret Lives of Fish

New Survey Brings Women Into the Action of Abstract Expressionism

For Mr. Robot, the Devil Is In the Details

Can We Curb Gun Violence by Treating It Like a Disease?

Carlin Isles and his “rocket shoes” are making the U.S. an unlikely contender

A Joyous Cleveland Braces for a Fractious GOP Convention

Before it can finally defeat ISIS, the country must solve its deep political divisions

In 2015 the global number of refugees, asylum seekers and internally displaced people reached 65.3 million, the highest total since records began. Here’s how the numbers break down.

The Rise of Alt Medicine

An American Underclass Is Up for Discussion

The U.S. population grew to 321,418,820 people last year, up less than 1% over 2014, per new census figures. But that growth was not shared equally. Here are the states and territory that saw the largest drops.

A New Fight Over Digital Music

The New Reasons to Exercise

Freed, but Still Yearning to Escape In Thirteen

The Liberal Hypocrisy of ‘Free Speech’

Gawker Founder Nick Denton on Peter Thiel, ‘Conflict and Trollery’ and the Future of Media 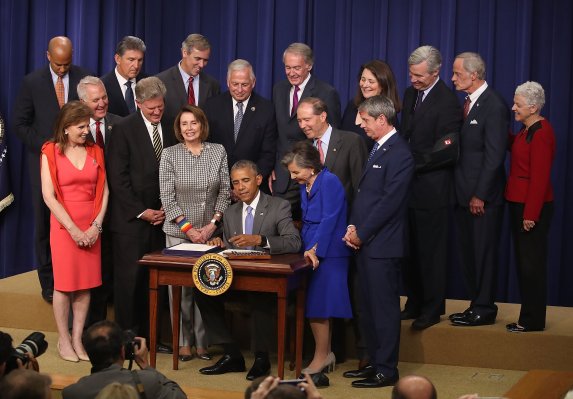 President Obama Just Approved an Overhaul Regulation on Thousands of Chemicals
Next Up: Editor's Pick