A Joyous Cleveland Braces for a Fractious GOP Convention

Cleveland has come a long way since the polluted Cuyahoga River caught fire almost a half-century ago. Dubbed the Mistake by the Lake, the city just won its first major-league sports championship since 1964 and will host in July its first national political convention since 1936. So it’s to be expected that the city of 390,000 is puffing up its chest a little bit this summer.

But amid the renewed pride remains a nagging doubt on the ground: Is C-Town ready? It’s one thing to put on a celebratory parade for the Cavaliers’ LeBron James, and it’s quite another to handle the crush of an expected 50,000 convention visitors, including planned anti-Trump street protests that have turned violent elsewhere. The Hopkins airport renovation is still wrapping up, and, as ever, there are two seasons in northern Ohio: winter and road construction. “I can’t stress enough that we are prepared for this,” Cleveland police chief Calvin Williams told reporters.

Still, there are warning signs in the Western Reserve. The Cavs’ playoff run left convention workers only 31 days to get into the Quicken Loans Arena, to lay thousands of miles of cable and build the staging. California’s delegation, which boasts hundreds of people, has been assigned a hotel in Sandusky, Ohio–60 miles to the west. The police union chief frets that $20 million worth of security upgrades have been slow to arrive, and extensive fencing and safety checkpoints are causing pre-emptive commuter complaints. Racial tensions, meanwhile, remain raw; the 2014 police shooting death of 12-year-old Tamir Rice yielded a $6 million settlement from the city and a Department of Justice scolding, but that did little to calm residents’ civil rights concerns. Protest permits have been granted to a number of groups with wide-ranging goals.

But if any American city can overcome these challenges, it’s Cleveland. It has seldom accepted defeat. How else to explain how a place so maligned is home to a world-class orchestra, a vaunted health care system, the Rock and Roll Hall of Fame and Museum and a downtown that is attracting new residents and technology investments in waves? It’s an added bonus that no Republican has won the presidency without carrying this state, which is rich with white working-class voters.

When Cleveland offered to host the Republicans’ 2008 nominating convention, party leaders were surprised by the threadbare details. The application proposed tent cities for convention staff, long rides on shuttle buses and a temporary media workspace inside a former department store. But Cleveland Mayor Frank Jackson and his corporate allies remained determined to make it happen. Since then, new hotels have been built in downtown Cleveland, along with a permanent, 225,000-sq.-ft. convention center on the shores of Lake Erie. In the past five years, the region has seen almost $17 billion in infrastructure development.

One could argue that “Try, try again” is Cleveland’s new mantra. A few years after the RNC initially said Cleveland wasn’t quite what it was looking for, so did local hero James, who decamped to Miami and its Heat. A company owned by Cavs chief Dan Gilbert discounted LeBron memorabilia to $17.41, the birth year of another traitor: Benedict Arnold. But James returned, and through heart and hustle he made his city a champion again. “Against all odds, I don’t know why we want to take the hardest road,” he said in a tearful postgame interview, dedicating the win to his city. “I just kept that same positive attitude.” 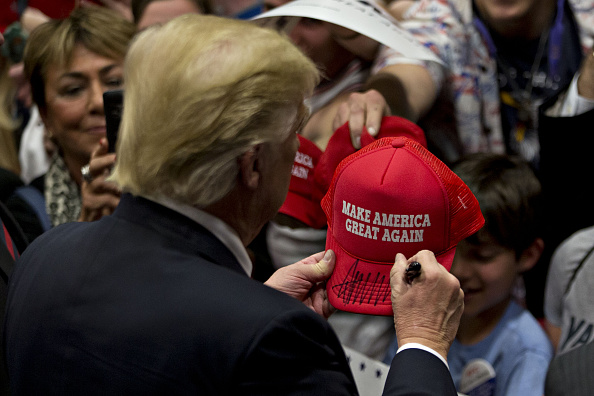 Why Trump Might Be Wrong About the Economy
Next Up: Editor's Pick