Isles, who ran track and played football in college, attracted NFL attention. But he stuck with rugby to chase Olympic gold
Jeff Wilson for TIME
By Sean Gregory

Team USA heads to the Rio Games this summer with a chance to win something that would seem impossible for a bunch of Americans: an Olympic medal in rugby. Their cause has been bolstered by the rise of 26-year-old Carlin Isles, one of rugby’s emerging worldwide stars. But if the team succeeds, they can also chalk up an assist for YouTube.

A month before the 2012 U.S. Olympic trials, Isles, then the 36th-ranked sprinter in the country, says he was searching YouTube for clips to help him hone his running technique. Then he stumbled across a video of a rugby player speeding downfield, converting a “try,” the sport’s rough equivalent of a touchdown. The clip showed the “sevens” version of rugby–a faster game played with seven players to a side, instead of the traditional (and more plodding) 15. And the field looked wider than a football field, giving a speedy runner ample room to race past defenders. “Look at all that open space,” Isles remembers marveling. “I can do some damage here.”

Isles began Googling everything he could about rugby, and one point in particular stuck out: in 2016, rugby sevens would be a new Olympic event. His head filled with thoughts: What if I became the world’s fastest rugby player? What if I could actually make the Olympics, secure sponsors and make a real living? “I decided to make it happen,” says Isles.

Remarkably, he did. In just four years, Isles has gone from rugby neophyte to potential Olympic phenomenon. Dubbed “the man with the rocket shoes” by one analyst, Isles heads into Rio in the strange position of being hounded by fans in rugby hot spots like New Zealand but barely recognized in his own country.

Such are the contradictions of excelling in a sport beloved around the world yet little known in the U.S. The English-born descendant of soccer and forefather of American football, rugby has been growing far beyond its traditional base in Western Europe and its former colonies. Chinese e-commerce giant Alibaba, for example, just announced it would pump many millions into developing the sport in China as part of a broadcast deal with World Rugby, the sport’s global governing body. The goal: get 1 million Chinese to play over the next 10 years. Membership in the African rugby confederation has grown from six countries in 1986 to 32 today, and according to one study, 80% of the continent’s players are under 20. And seven times more Brazilians watched the 2015 rugby World Cup than the 2011 event. But in the U.S., the game has been slow to catch on beyond college campuses and East Coast prep schools. The men’s national team, known as the Eagles, has never been ranked higher than 14th worldwide.

Change, however, is on the horizon. Over the past decade, American rugby officials have made a concerted effort to court football players, sprinters and other athletes with translatable skills–a push that coincided with a burgeoning college sevens league whose championship is televised by NBC Sports. “We want to get more crossover athletes to play our game,” says Nigel Melville, CEO of USA Rugby. “The gene pool of athletes is much bigger here, no? We want to take advantage.”

In Isles, who is also trying to qualify for the U.S. track-and-field team–a long-shot bid for an incredible “double” at the same Olympics–America’s rugby boosters have a model for their strategy. A clip showing Isles dashing past some of the world’s best players, titled “Carlin Isles. Olympic Dream,” has nearly 7 million YouTube views. Former football players like Zack Test, Perry Baker and Nate Ebner, who has interrupted his NFL career to focus full time on playing Olympic rugby, have embraced the more nimble sevens game. The U.S. sevens team is now ranked sixth in the world, and its backers are betting that the game’s fast pace and hard hits will resonate with the hundreds of millions of Olympics viewers, making rugby a breakout hit–and Isles its breakout star.

“Carlin is one of the first global celebrities to come out of sevens,” says Brett Gosper, CEO of World Rugby. “He’s the face of America’s ambitions in the game.”

Isles seemed destined for a far different life growing up in northeast Ohio. With little family stability, he and his twin sister Tambra were homeless and hungry at times–they even remember having to eat dog food for sustenance. “It was dry, I’ll tell you that much,” Isles recalls over dinner at a San Diego steak house near the U.S. rugby team’s training center. At 5, the twins entered the foster-care system. Isles says he fought frequently, often to protect his sister. During this time, he says, he was sexually abused by an older girl, an incident he’s never talked about publicly before. “You feel timid,” Isles says. “You feel ashamed that someone might look at you different.” Like many children subject to abuse, he began to fear he might repeat the pattern himself, because he had no one to help him understand what behavior was normal and what was abusive. Now, he says, “I want people to know they’re not alone.”

Life dramatically improved for the twins when they were adopted at age 8 by Starlett Isles, then a social-services worker, and her husband Charles, a factory foreman. Settled in Jackson Township, Ohio, near the Rust Belt city of Massillon, Isles became a track and football star in high school and played both sports at Ashland University, where he set school records in the 60-m dash and as a kick returner. But Isles’ grades slipped, and he left school during sophomore year. He felt stuck. “Looking in the mirror, and knowing you’re not where you’re supposed to be, man, it’s painful,” Isles says.

Eventually Isles connected with a Texas-based track coach and moved to Austin in 2011. His times improved, but not enough to qualify for the 2012 U.S. Olympic team. That’s when he stumbled across rugby on YouTube and reached out to Melville, the USA Rugby CEO, telling him he wanted to play. Melville advised Isles to go to Aspen, Colo., where he could play on a club team and learn the game.

Four days later, with $500 to his name, Isles drove from Austin to Aspen, crying for most of the ride. “I’m like, What are you doing?” he remembers. “If this doesn’t work out, bro, you are screwed.”

His family and friends thought Isles was crazy. Perhaps–but he was placing his bet on an ascendant sport. Since sevens secured its spot on the Olympic program in 2009, participation in all forms of the sport has almost doubled, to 7.73 million players, according to World Rugby. Women’s participation has increased fivefold, to almost 2 million. According to the Sports & Fitness Industry Association, the number of U.S. rugby players more than doubled, to 1.35 million, from 2008 to 2015. And this year, USA Rugby sanctioned a new pro league.

The Olympic spotlight can only help. “The action is very fast-paced, very quick,” says Michael Johnson, a four-time Olympic gold-medal-winning sprinter, who says he has noticed a growing number of rugby players at the speed and agility clinics he runs across the country. “It would seem to suit what the younger generation of sports fans are looking for. When people watch it in Rio, they’re going to be pleasantly surprised.”

Isles has ridden that wave. When he first got to Aspen, he slept on a coach’s couch and worked as a flower deliveryman. But by the summer of 2012, his speed and potential were enough for the national team to bring him to the team’s Chula Vista, Calif., headquarters to train. He was soon shining in international tournaments.

His quickness caught the attention of the NFL’s Detroit Lions, which signed Isles to its practice squad at the end of 2013. Rugby, it seemed, had served its purpose as a potential path to millions in the NFL. Yet Isles chose to stick with rugby, once again stunning those who know him best. “We know that people who play football do really well,” says Starlett Isles. “We want to see our last name on a jersey. Are you kidding me?”

But rugby is starting to pay off. Isles has signed sponsorship deals with Citibank, Nike, P&G, Red Bull and California Almonds, and says he makes six figures per year. And though Isles, who has a year-old daughter with his girlfriend, says he still grapples with the traumas of his childhood, he’s bringing relentless confidence to his future. “You haven’t seen nothing, man,” Isles says as he digs into a rib eye steak. “I still feel like I’m at an amateur level, in a sense. But once I keep tapping into that layer of zone, and keep breaking those barriers and those walls down, be ready.” 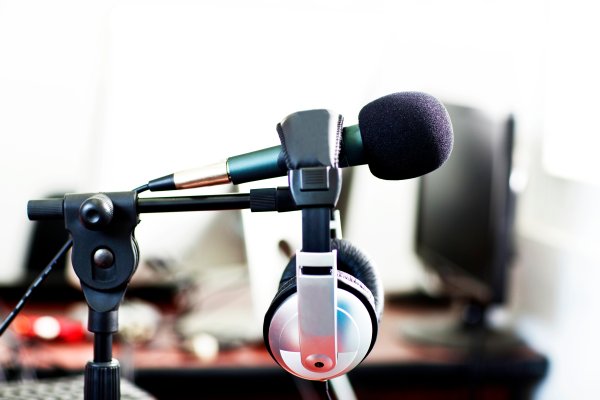 This Icelandic Soccer Commentator Is All Of Us
Next Up: Editor's Pick