God save us from well-meaning hippie parents. In writer-director Matt Ross’s Captain Fantastic, Viggo Mortensen’s Ben is the surviving half of a couple who have gone off the grid, an idealistic dad who’s raising six kids in the wilds of the Pacific Northwest with no television or computer in sight. Ben homeschools his brood in everything from the views of lefty activist Noam Chomsky to the art of hunting animals for food. One of the youngest, Zaja (Shree Crooks), is a tiny survivalist whose favored chapeau is a taxidermied wildcat. The oldest is lean, ponytailed Bodevan (George MacKay), an avowed Maoist and zealous yoga practitioner who’s poised to follow in his father’s pine-needle-cushioned footsteps.

So where’s the line between rigid parental standards and possible abuse? Captain Fantastic crab-walks tentatively toward that question, and even though its conclusion feels rushed, the movie still works as a portrait of an unorthodox family that’s well adjusted in its own odd way. When Bodevan meets a girl he likes, Erin Moriarty’s Karin, he embarrasses himself by confusing Dr. Spock with Mr. Spock. MacKay plays the scene beautifully, gallant and lovesick.

Yet it’s Ben, so tyrannical in his own purity, whom you feel for the most. Mortensen is such a delicately sentient actor that nothing he does reads as pure caricature. When Ben realizes that in trying to prepare his children for everything he may have prepared them for nothing, it’s as if we can see right into his crushed soul. It’s also the moment he becomes most human: at some point, all kids have to learn that parents are people too. 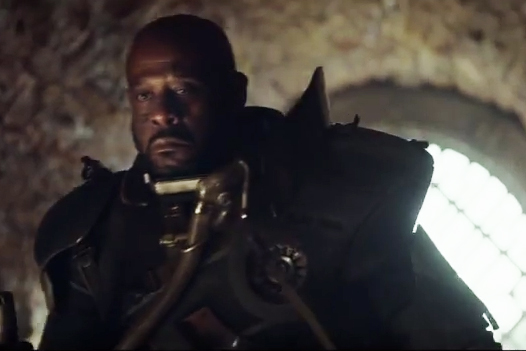 Here’s the Throwback Star Wars Character Forest Whitaker Is Playing in Rogue One
Next Up: Editor's Pick