Polls Are Now Open as the U.K. Starts Voting on Whether to Leave the European Union

Polling stations have now opened across the United Kingdom for a referendum that could see the country part ways with the European Union.

A record number of voters — almost 46.5 million — have registered to take part in the referendum, which pollsters say is in the balance after more than two months of bitter campaigning.

The ruling Conservative party is divided over the vote, which Prime Minister David Cameron promised voters before last year’s general election in an effort to appease vocally Euroskeptic elements within his party.

The former London Mayor Boris Johnson, who is Cameron’s possible successor as party leader, has led the Leave campaign, along with several serving Cabinet members. The campaign has drawn support with appeals to nationalism, especially among the English, claiming that outside of Europe, Britain would reclaim a sense of sovereignty and take back control of its borders.

Both Cameron and Labour leader Jeremy Corbyn have campaigned for the U.K. to Remain in the union, arguing that to leave would risk economic disaster as British companies would lose unfettered access to the world’s largest single market. There are also warnings that a British departure from the bloc — known as Brexit — could precipitate a break up of the 28-member E.U.

Turnout is expected to be high, but bad weather on polling day could put off some voters. As polls opened at 7 a.m. local time, authorities issued flood warnings for 22 areas in southeast England, including some parts of London, the BBC said.

In one of the last polls before the vote, YouGov found Remain leading on 51%, to Leave’s 49%, on the eve of the referendum. However, the pollsters said, “the race is too close to call.” 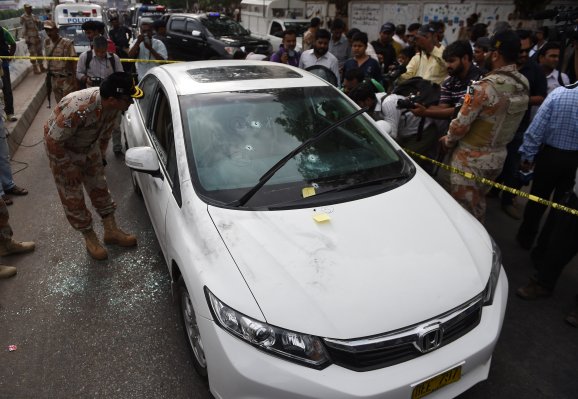 Pakistan Mourns Sufi Singer Amjad Sabri After He Was Shot Dead
Next Up: Editor's Pick