Why the Brexit Vote Matters for the Global Economy

As we wait to see what Britons will do on Thursday, there’s little doubt that a “leave” vote will be a market-moving event, in part because markets are currently only pricing in about a 25% chance that it will happen. Brexit would be economically impactful in many ways. Groups like the International Monetary Fund, the Bank of England and the Institute for Fiscal Studies estimate that it would shave as much as 5,000 pounds annually off British incomes, but it would also hugely effect currency markets, trade, and economic growth in the U.K. (For a quick tally of some of the possible effects, see this article by George Soros, who made billions the last time the pound tanked in a major way.)

The global spillover effects could be compounded by the fact that, in the wake of the 2008 financial crisis, U.S. institutions like the Federal Reserve, the FDIC and the Treasury Department are restricted from doing some of the things that they did back then to save the financial system — increasing deposit insurance, backing non-bank entities, and so on. There were good reasons for these rules. Still, there are those, like Harvard professor and capital markets expert Hal S. Scott, who believe they could come back to bite the global markets if Brexit were to create market contagion. “In the (still small) chance that this happens, the U.S. financial authorities would be able to do much less to prevent a liquidity crisis,” says Scott. That would leave the heavy lifting for the Bank of England and the European Central Bank. (For those like me who like to geek out on all this, Scott’s new book, “Connectedness and Contagion,” has more on how the ramifications of Dodd-Frank might effect future responses to financial crises.)

Read more: Everything to know about Britain’s E.U. referendum

But rather than imagining possible disaster scenarios, I’ll focus here on what the longer term future of Europe might be beyond the Brexit vote, regardless of which way it goes, and why that matters. As I wrote when the European debt crisis first reached a fever pitch, the E.U. is the most benevolent experiment in globalization ever conducted. But it was founded on a flawed premise – that you could have a solid, sustainable union based on a single currency, without true economic and political integration. It worked in good times, but the minute things turned bad, it was clear that true union — meaning the free flow of goods, people, and capital, underpinned not only by a common currency but also by a common fiscal, tax, and foreign policy — was a heavy ask. In tough times, people tend not to come together, but to get tribal. That’s exactly what’s happened over the last few years in the U.K. as well as the rest of Europe, where extreme politics and nationalism is rife, as it is here in the U.S.

If the U.K. votes to leave, the future of the E.U. and its Balkanization will become a pressing topic in the immediate term. But even if it votes to stay, the core issue of whether to create a true, deep, federal union — a kind of USA of Europe — will remain. That will require tough measures, like wealth transfers from the core to the periphery (anathema to the Germans, who have yet to come to terms with the fact that they have benefitted hugely from the current model), as well as serious, continued reform on the part of weaker economies like Greece, Spain, Italy and so on.

Read next: 5 Reasons Americans Should Care About the Brexit Vote

Can it be done? It’s not clear. That’s why I’m coming to think that the future of Europe may involve some kind of break-up or evolution regardless of what the U.K. does. Some economists envision a kind of inner ring of countries, like Germany, France, the Netherlands, and Belgium, that agree to totally free movement of capital, people, and labor (and develop shared rules and systems to underwrite and insure those things.) There might be a ring of outer countries that have some of the benefits of union — the use of the single currency, as well as free trade in goods, maybe some services, and perhaps more limited labor mobility — but don’t have to sign onto mutual underwriting of each other’s debt, or deal with the benefits and challenges of a banking union. There might even be a third ring, including some of the Eastern and Southern European countries that perhaps should never have been in the E.U. in the first place, which would be treated like preferred trading partners.

One could imagine the U.K. having a place somewhere in such a system. That would allow it to avoid the economic costs of breaking entirely with the E.U. while allowing national politicians more control over contentious issues like migration. It’s not a perfect solution. But then, Europe never had that to begin with. As we all wait for the results of a momentous vote, imperfect seems to be the best we can hope for. 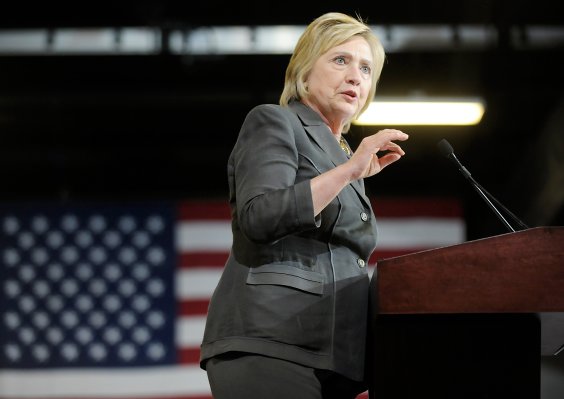