If there’s one part of culture with a disappointing lack of Taylor Swift, it’s mystery books.

But soon Taylor Swift will be the star of Taylor Swift: Girl Detective and The Secrets of The Starbucks, a Kickstarter-funded graphic novella. (The title is, of course, a play on the line from the singer’s jam “Blank Space,” which everyone thought was “all the lonely Starbucks lovers,” but was actually “got a long list of ex-lovers.”)

Written by Larissa Zageris and illustrated by Kitty Curran in the style of the Nancy Drew series, the book is about an out of work actress in New York City who finds threatening messages on her skinny mocha Starbucks drinks. (It’s not authorized by Swift, but according to the creators, the pop star followed the Tumblr for the book.)

Why’d they choose Taylor Swift as the heroine? “Her publicity is focused more on her own derring-doishness and accomplishments than her sex appeal, much like a modern day Nancy Drew,” Kitty Curran tells TIME. “She also used to dress exactly like Nancy Drew, though now she looks maybe more like the updated 80s version.” In the story, Swift makes a mischievous face a lot, and Lorde serves as her muscle. “While Lorde is a badass, she is so ethereal and poetic in her ways that making her the tough one in the book just seemed hilarious to us. We also needed a good foil for the more poised, level-headed detective figure of Taylor Swift and she fit the bill perfectly,” Curran said. Someone should give these two a mystery award for nailing Lorde’s exasperated face.

Backers of the project will get the print or the PDF version this July. Depending on demand, there may be books available both online and in person for amateur sleuths who love Tay fan fiction.

Watch below for an intriguing excerpt. 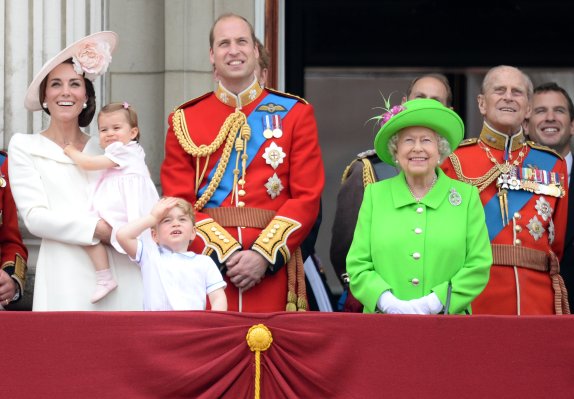 Prince William Gets Scolded by the Queen
Next Up: Editor's Pick