Tim Tebow left a trip to the Bahamas to visit an Orlando shooting victim who he used to play football with in high school, the injured man said Tuesday.

Rodney Sumter, who was shot three times during the Pulse night club shooting earlier this month, posted a photo on Instagram showing the former NFL quarterback and Heisman trophy winner smiling and cupping his hand inside Sumter’s Orlando Regional Medical Center room. “My high school quarterback left the Bahamas to come and see me,” he wrote. “Tebow has always been an awesome person.”

The two played together at Ponte Vedra Beach Nease High in Florida, according to the Orlando Sentinel.

Sumter also received a visit Wednesday from Tampa Bay Buccaneers quarterback Jameis Winston. He told his Instagram followers that he and Winston were “going to run routes and throw the ball” after he recovers. “Awesome guy,” Sumter wrote. 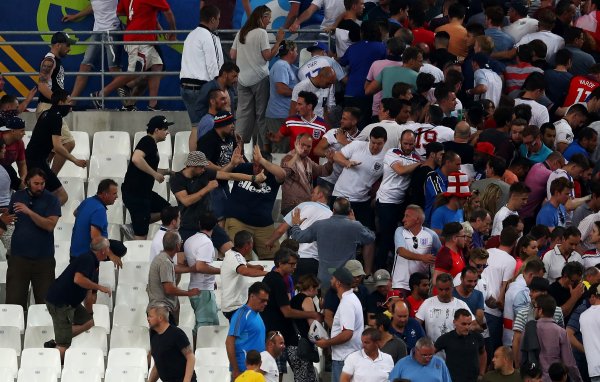 France Pushes for Euro 2016 Alcohol Ban
Next Up: Editor's Pick