The rare sit-in staged Wednesday by Democrats on the floor of the U.S. House—led by Rep. John Lewis—mirrors a precedent established by his long career in politics and activism, which began with sit-ins at segregated lunch counters during the civil rights movement.

“We were moved by what I call the spirit of history to find a way to get in the way,” Lewis said in an interview with CNN on Wednesday, describing the effort to push for gun control legislation.

That phrase, “get in the way,” has been a recurring rallying cry for Lewis through his decades of activism.

In a commencement address at Washington University in St. Louis last month, the Democratic Congressman from Georgia recalled his parents and grandparents telling him not to cause trouble over segregation. “Don’t get in the way. Don’t get in trouble,” they said. It was advice he resisted.

“The action of Rosa Parks and the words and leadership of Dr. [Martin Luther] King [Jr.] inspired me to find a way to get in the way,” Lewis told the graduates. “I got in the way. I got in trouble. Good trouble, necessary trouble.”

During the speech, he praised sit-ins as a means for change. “We start sitting in. By sitting in, by sitting down, we were standing up for the very best in American tradition,” he said.

Lewis, who was chairman of the Student Nonviolent Coordinating Committee from 1963 to 1966, has traced the beginning of his involvement in the civil rights movement to a mass sit-in in Nashville in February 1960.

Religious and Civil Rights leaders John Lewis (in vest) and Martin Luther King Jr. and his wife, Coretta Scott King, at the Selma to Montgomery March rally in Montgomery, Ala., on March 25, 1965.
Charles Shaw—Getty Images/

“It was a great feeling; it was my first real act of protesting against this system of segregation,” he said in a 1973 interview with the Southern Oral History Program at the University of North Carolina at Chapel Hill. “I sort of had this feeling for some time that you just wanted to strike a blow for freedom and this was a great sense of pride to be able to sit down and at the same time become part of an organized effort.”

In that interview, Lewis said it wasn’t until the sit-ins of 1960 that he saw “every segment of the black community” get involved in desegregation efforts. The visuals provided by the sit-ins helped the movement. “We wanted them to see us,” he wrote in his memoir, Walking With the Wind: A Memoir of the Movement.

As with much of the civil disobedience that fueled progress in the civil rights movement, Lewis’s involvement in efforts to end segregation involved knowingly violating the laws that enforced it. He was beaten by mobs and arrested by police.

And on Wednesday—more than 55 years after he first led lunch counter sit-ins—Lewis and his Democratic colleagues technically broke rules that forbid anyone from taking photos or video inside the House chamber, staying in place for a sit-in after the House had been called into recess.

“Sometimes you have to violate a rule, a law, to uphold a greater law, a moral law,” Lewis said Wednesday on CNN. “We have a right to sit down or sit in to engage in nonviolent protest. It is always right to do right.” 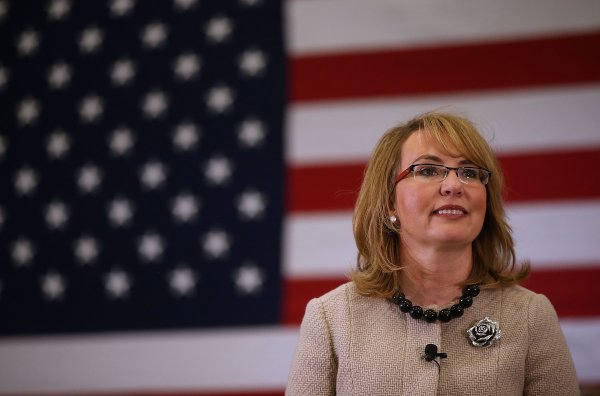 Read the Letter Gabrielle Giffords Wrote to Former Colleagues for the House Gun Control Sit-In
Next Up: Editor's Pick