President Barack Obama signed legislation Wednesday to overhaul the way the federal government regulates chemicals that are in virtually every consumer product.

Chemicals in household products today are commonly considered “innocent until proven guilty” with barriers that make it difficult for the Environmental Protection Agency (EPA) to evaluate chemical safety. The new changes — rare bipartisan legislation in an election year — will require the EPA to consent to new chemicals before they enter the marketplace.

Read More: That Plastic Container You Microwave In Could Be Super-Toxic

“Folks should have the confidence to know the laundry detergent we buy isn’t going to make us sick, the mattress our babies sleep on isn’t going to harm them,” Obama said at a signing ceremony for the legislation.

The legislation is the first substantial change to the Toxic Substances Control Act, known as TSCA, since Congress enacted the legislation 40 years ago. Business groups and environmental groups both agreed that the prior law was too weak and pushed for an overhaul.

Many environmental groups called the compromise legislation an improvement over existing law but said it falls short of expectations. The law does not explain how the EPA will fund its mandate to evaluate such a high volume of chemicals. And many fear that strong state protections could be preempted by weaker federal protections.

“The compromise version looks like a house of cards,” Leonardo Trasande, a New York University professor who studies environmental health, said after it passed Congress. “It has a very strong principles, but the implementation could leave less than the desired outcome.” 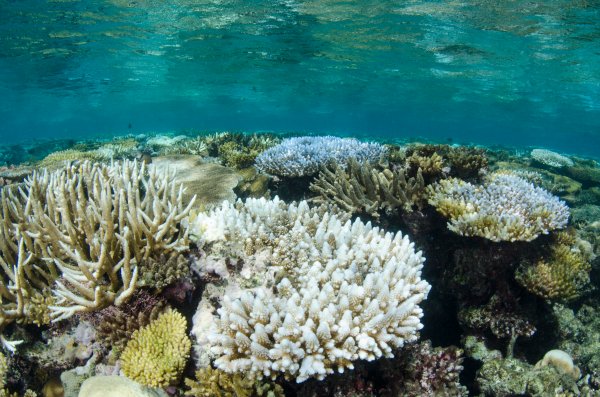 The World Is Experiencing the Worst Coral Bleaching
Next Up: Editor's Pick