What Happens to the Wage Gap When Women Hit 32

A new study by the workforce analytics firm Visier has found that the gender wage gap starts to noticeably widen when people hit 32. At this age, women earn 90% of their male counterparts’ income, but this decreases to 82% by age 40.

According to Visier’s database of 165,000 U.S.-based employees from 31 companies, 11 of which are Fortune1000 companies, women are less likely to be represented in managerial positions during the same time, whereas men are more likely to be promoted to managerial roles.

Part of the disparity is caused by an increase in childcare demands that women face between the ages of 25 and 40, according to the study. These demands correlate with increased female resignation rates, reduced female representation in manager positions, and, as a result, a wider gender wage gap.

This underrepresentation of women in managerial roles is what the study calls the “manager divide.” Since managers earn 2 times the wages of non-managers, the manager divide directly drives the gender wage gap, the study found.

Although paying women and men equally for equal positions helps the issue of pay inequity, it does not totally fix the problem. To better achieve gender pay equity, companies must fill the manager divide. For example, the study found that if the disparity were to be removed, the gender wage gap would be reduced by just over one third for workers over the age of 32.

However, a slow pace of improvement indicates removing the gender wage gap entirely is more than a generation away, according to the latest U.S. Bureau of Labor Statistics (BLS) report on women in the workforce.

The gender wage gap cannot merely be described as “unequal pay for equal work.” Rather, research has proven that gender pay inequity is a systematic challenge where women as a whole earn less than men do on average, according to the study. This pay inequity occurs across education levels and occupations, and the issue is of incredible focus and debate.

Regardless, the lack of women in managerial roles continues, even despite the time the Peterson Institute for International Economics and professional services firm EY released a study that revealed a significant correlation between women in leadership and company profitability.The report found that companies with at least 30% female leaders had net profit margins up to 6 percentage points higher than companies with no women in the top ranks.

Even some countries have begun increasing gender equality in the work place. For example, in August of last year Japanese lawmakers passed a law that would require large companies to publicly set goals for hiring and promoting women to managerial roles.

Fortune: Bayer’s Award-Winning Ad Is Rape Culture in a Nutshell

As of now, however, in order to correct the manager divide Visier recommends that firms implement a version of the NFL’s Rooney Rule by ensuring that women and underrepresented minorities are on promotion slates; use blind screening to remove gender identifiers when selecting candidates for interviews; and support equal-paid parental leave for men and women. 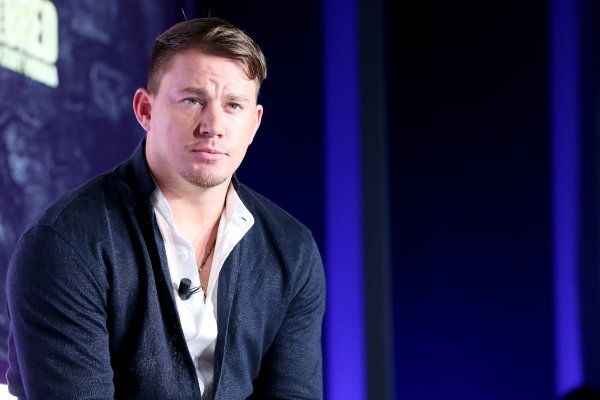 Channing Tatum Was Horrified By the Brock Turner Sentencing
Next Up: Editor's Pick