A Strange Battle Is Going On Over the Girls Who Escaped Boko Haram and Came to the U.S.

One of the Nigerian students studying in America testifies on Capitol Hill in Washington, DC, on May 11, 2016, with Emanuel Ogebe
NICHOLAS KAMM—AFP/Getty Images
By Belinda Luscombe

In April 2014, as almost 300 Nigerian school girls were being kidnapped from their Chibok school by Boko Haram, some of the girls managed to escape. They jumped off the trucks as they drove away, or when they stopped, or when their guards were distracted.

After the #BringBackOurGirls campaign brought world attention to the plight of the Chibok students, 10 of the escaped girls were brought to America to continue their education, at least partly thanks to the efforts of Emmanuel Ogebe, a Nigerian human rights lawyer who practices in the U.S.

Ogebe has won several awards, inspired plays and admiring news articles. He accompanies the girls on their speaking engagements and has brought some to testify before Congressional subcommittees. The girls scored meetings with Rand Paul among others, and Ogebe claims to have had a phone call from former British Prime Minister Gordon Brown.

Now it appears that most of the girls no longer wish to be associated with him.

The Nigerian government recently announced that its Federal Ministry of Women Affairs and Social Development would henceforth take over responsibility for the Chibok girls’ welfare and that “any previous guardianship arrangement has thus been revoked.” Obiageli Ezekwesili, who was instrumental in the #BringBackOurGirls campaign says the organization has nothing to do with Ogebe, nor the girls who came to the U.S.. And the Jubilee Campaign, which initially paid for the girls to fly to the U.S., coordinated with the schools and covered some of the expenses, is no longer working with him.

How did the relationship unravel? It depends on whom you believe. Essentially, the girls have been at the center of a de-facto custody battle between Ogebe and at least one of the schools that has been educating them. Both sides accuse the other of using the girls to raise money or public awareness for their own projects. Because of the high-profile nature of the #BringBackOurGirls campaign, escapees from Boko Haram function a bit like key cards to the corridors of power in Washington, D.C. and the media.

Of course, in so many ways these young women are the lucky ones, because only one of the students who were taken away just over 800 days ago has been rescued (although about 50 have escaped). Some girls taken by Boko Haram have allegedly been used as suicide bombers. Others have been given as wives to soldiers and some have reportedly had children with them, making it harder for them to leave; not many families, towns or villages would welcome the progeny of a Boko Haram member into their fold.

Even people liberated from Boko Haram territory are not safe, as the refugee camps they are living in are rapidly running out of food. And male students attacked by Boko Haram fared even worse; their schools were burned as they slept in them and they were shot if they tried to escape.

But in America, even these comparatively fortunate girls are not completely free; the expectations of them are high, interest in them is high and the temptation to use them as a tool to pry open doors and wallets is strong. After they arrived, the 10 girls, plus another who was not actually from Chibok but was orphaned by Boko Haram, were sent to two schools: seven went Mountain Mission School in Virginia and four to Canyonville Christian Academy in Oregon. But relations between the schools (especially Canyonville) and Ogebe soon began to sour.

Technically, the girls, who are between the ages of 19 and 20, are adults, and the staff at Canyonville felt that Ogebe was trying to exercise an inappropriate amount of control over them, taking them out of school for speaking engagements, allegedly hanging on to their passports and organizing media and public appearances without consulting them.

“Some of the girls had told me they didn’t want to be videotaped nor be interviewed because they were told their families would be put in danger,” says Canyonville’s girls’ dean Kim Roome. “Unfortunately whenever the girls were on break with him they would be interviewed and videotaped and other than a pair of sunglasses nothing was done to try to protect their identity.” Roome says one girl finally asked if she could stay home instead of making media appearances, but “she was harassed and bullied and told she was an ungrateful girl for all that was being done for her.”

Ogebe, meanwhile feels about Canyonville more or less the same way the folks at Canyonville feel about him. He notes that the school issued a press release to announce the arrival of the girls at the school, thus advertising their location “to Boko Haram, ISIS sympathizers or any regular American crazy,” who wished to find them. He says Canyonville did not provide the girls with health checkups or grades as Mountain Mission School did, nor were they learning as much, according to tests his organization conducted. And to his mind it was Canyonville that was asserting an inappropriate amount of control. “This was becoming an American hijack of these kids and there was a real risk that these girls would be made to be rude and impetuous teenagers.”

The two parties also feuded over how the money raised so far should be spent, with both citing financial double-dealing on the part of the other. Canyonville released documents that suggest about a third of the costs the school has accrued has been covered by donors and that the school is so far covering the rest. Ogebe claims the school promised full scholarships.

Because of the friction between Ogebe and Canyonville, the four girls did not return to Oregon for the 2015-2016 school year, remaining instead in Virginia where Ogebe lives, at his house or staying with other host families. This was not entirely a surprise to Doug Wead, Canyonville’s president, who says that the girls had been warning the counselor hired by the school that they might not return from their visit with Ogebe. “The girls were telling our counselor that they did not want to go back to him,” says Wead. “The girls warned us that he was going to keep them.” While they were in Virginia, the school kept in touch with the girls and Wead, who was a special assistant to President George H.W. Bush, but is mostly famous for secretly taping son George W. Bush and releasing excerpts of those tapes in 2005, began to work his contacts to get them back to Oregon.

“I spent a lot of time working with the girls to find their own voices and to learn how to use their voices to advocate for themselves so they could speak up about their thoughts, feelings, needs and wants,” says Debbie Horton, the girls’ counselor at Canyonville. “My goal is to see them empowered and under no one’s control. This has been difficult with Emmanuel’s apparent covert oppression of the girls, as well as their cultural upbringing of not experiencing personal empowerment as females.”

Ogebe maintains, however that the intention has always been for the girls to return to their parents and families in Nigeria, and he believes that the education at Canyonville will make that impossible. In Virginia, having parted ways with the Jubilee Campaign, as well as another fundraising site, “we created a community of doctors and dentists and opthalmologists and psychologists, a whole team of professionals who provide support and personal care to the girls,” says Ogebe, and continued to seek donations through a non-governmental organization that he declines to name.

But as this summer approached, Wead says he was asked to take any girls who wished to go to school in Oregon, including those who had been at Mountain Mission School. (The Mountain Mission School principal, Christopher Slone, declined to comment for this story.) “A few weeks ago we were contacted by the U.S. government and the Nigerian government and asked if we would once again take in some of these Chibok girls,” says Wead. “This time there would be seven, including two of our original students. We immediately said yes.”

This was news to the people in Ogebe’s group, who had other plans for the girls this summer. So bitter were the discussions that several Department of Homeland Security agents were present when Wead’s daughter went to pick up the girls from Virginia at the end of the school year, in case there was any interference. Seven girls wanted to be educated in Oregon, and were flown there from Virginia on June 20, reportedly again under the watchful eye of the DHS and the FBI. Four, including two who were in Oregon, are remaining in Virginia with Ogebe.

The removals are probably a result of the Nigerian government’s declaration that Ogebe is not their guardian, a turn of events which he claims was politically motivated by his work in human rights. “Someone is choreographing all of this,” says Ogebe. “They’re very good at what they do. They’re political operatives. They have used the American system to achieve what they want to achieve.”

Wead says he believes this is a case where the girls evaded one tyrant only to fall into the hands of another and needed to be rescued again. Ogebe says the girls’ parents have been betrayed. “In the same way that Boko Haram showed up in their school pretending to be the police and took their kids away, to some extent the U.S. government showed up in their schools took them away—and now they show up in Oregon.”

As an indication of how quickly the girls are indeed learning American ways, they have issued a press release: “We are seven of the 10 Chibok girls now studying in the United States. We wrote this letter to tell everyone that we are all now safe and we are also very happy. We are grateful for all you have done for us. Thank you for making sure that we are happy and get the best education,” it says. It goes on to indicate that the girls do not wish to say with the man they call ‘Uncle Emanuel.’

“We are the ones who made the decision not to stay with him anymore because of all the things he is doing to us without showing any concern if we are happy with it or not. Thanks to all of your help we are not kidnapped. We are safe! We are all thankful to all the people who contributed by helping in many ways to make sure we get our happiness back and also our education….We will work very hard to make President Buhari proud of us and to make the people of Nigeria proud of us. And to show [philanthropist and activist] Aisha Oyebode and our parents that we are girls who work hard. Thank you Nigeria. Thank you America. Thank you God. We are safe and we are free.” 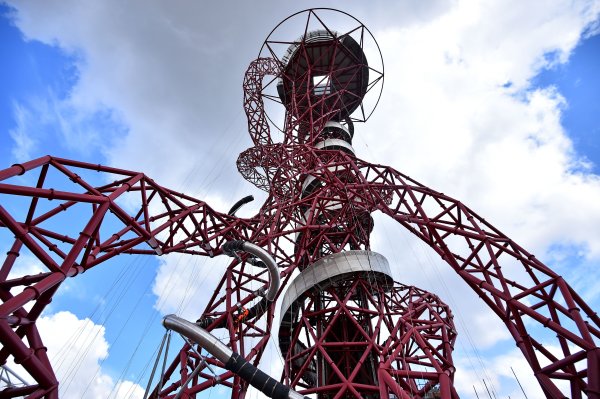