3 Reasons Why Elon Musk Wants to Combine Tesla and SolarCity

Even if you’re well-versed with the business chess moves of entrepreneur Elon Musk, you still might be surprised by his decision on Tuesday for his electric carmaker, Tesla, try to buy his solar company, SolarCity.

Tesla shareholders, on first blush, didn’t seem to be expecting it. And they certainly don’t seem to like it, at least initially.

Tesla’s shares dropped over 11% in after hours trading, temporarily knocking billions of dollars from Tesla’s market value. The deal, if approved, would only be worth $2.5 billion to $3 billion.

After the volatility caused by the news settles down, we’ll be able to see how investors really feel about it. And it still might not be good.

But in the bigger picture, the move is classic Musk. He’s partly doubling down on the slumping solar company, and is willing to pile SolarCity’s risk onto the already risky, but temporarily stable, electric car maker.

At the same time, the companies have been operating from the same playbook for years, with a laser focus on vertical integration, or when a company owns various stages of its own production, and a willingness to build huge factories to achieve those goals. Albeit Tesla has seemed to have made more progress on both these fronts.

In the short term, talk about “synergies” might be the stuff of press releases, but in the long term a fully vertically integrated energy company—from energy generation to installation to storage to application—could create a massive Elon Musk Energy Empire. It would be a company that generates power from the sun, stores energy in batteries, and uses those batteries to power cars and buildings.

And it would all be provided by a brand that consumers increasingly know and are excited about. Tesla’s brand is starting to be so powerful that it’s as if Apple decided it wanted to be a full-fledged power company (oh wait, it’s kind of doing that). But never before has the energy industry had such a player that so was so attractive to consumers and also so willing to act disruptively.

The immediate question is how easily could two energy upstarts be combined into one colossal energy powerhouse? And will Tesla’s non-interested board—ie. directors not named Musk—approve of a deal that could hurt Tesla’s share price? (Yeah, probably).

Here’s why I think Musk wants to combine the companies:

The solar installer has been hammered by investors over the last year. The company’s shares have dropped from a high of over $60 a year ago, to a low of just over $20 earlier this year. The solar installation business is difficult, cut throat, and dependent on state regulations that fluctuate.

There have been rumors over the past few months that SolarCity might even be considering going private. If so, it would be able to duck the pressure of public investors. Whatever it takes to get out of the stock slump it’s been in.

SolarCity also seems to have bitten off more than it can chew when it comes to its plan to build a massive solar panel factory in upstate New York. The company delayed its factory production plans a couple of months ago.

Building a huge solar factory sounded like an excellent plan when shares were high and cash was more readily available, but when times are tougher it’s a far riskier move. Just ask SunEdison, which had clean energy domination plans before it dramatically crashed into bankruptcy as its stock plummeted.

SolarCity could find some much-needed shelter within Tesla. Tesla’s brand is far stronger, and it has been able to raise funds much more easily. SolarCity’s shares jumped by over 15% in after hours trading after the takeover offer became public.

2). The Elon Musk Playbook for Energy:

SolarCity and Tesla, both heavily influenced by Musk, are trying to be as vertically integrated as possible by building substantial factory production to achieve that goal.

Tesla has brought many of its development needs in house, moving away from suppliers as much as possible. With the Gigafactory, its massive battery factory under construction outside of Reno, Nev., Tesla will soon be making its own batteries, too, by bringing that core technology in house.

Likewise, SolarCity, which built a business off of installing rooftop solar panels, surprised the energy industry two years ago by announcing it had bought a solar startup and would make its own solar panels. The company has long bought panels from third parties. But now SolarCity is building a factory in Buffalo, N.Y. to make those solar panels itself.

But over the long term, merging SolarCity and Tesla would a make a single energy company that would be even more vertically integrated. That company would generate power using solar panels, using a team of employees that could quickly and easily sell and install those panels for homes, businesses, and utilities.

That company could also store energy with Tesla batteries, and develop applications for those batteries, like working with utilities, companies and home owners, and using those batteries to power cars. Who knows what applications a combined energy powerhouse could envision for both solar panels and low-cost batteries.

Utilities can use Tesla’s batteries with solar farms and to better manage the power grid. Corporate customers can use Tesla batteries to lower their monthly energy bills by shifting their energy use onto batteries when grid power gets expensive.

On a call on Wednesday morning, Musk said that the cost of sales for SolarCity and Tesla could drop by potentially half, or perhaps by 30% to 40%. We’d be basically selling twice as much in a single transaction as we would otherwise, said Musk. On the solar installation set up side, there would be one crew instead of two to three visits. For ongoing maintenance, there would be one point of contact instead of two to three, said Musk. The cost of hardware would also be lower. “I think that all makes a lot of sense. The fundamental cost of both companies would go down materially,” said Musk.

Musk has worked to maintain an unusual amount of control over the companies he’s built. As this article describes, Musk invests much of his own money into his businesses, and at the same time encourages friends, and even family, to join the boards.

Investors who backed Musk early on mostly seem to buy into his energy vision of vertical integration and investment in “the machine behind the machine.” In other words, if Musk thinks this is a good idea—which he does—it’s likely his investors will be on board, too.

Updated on Wednesday morning at 7AM PST, with comment from Tesla’s call. 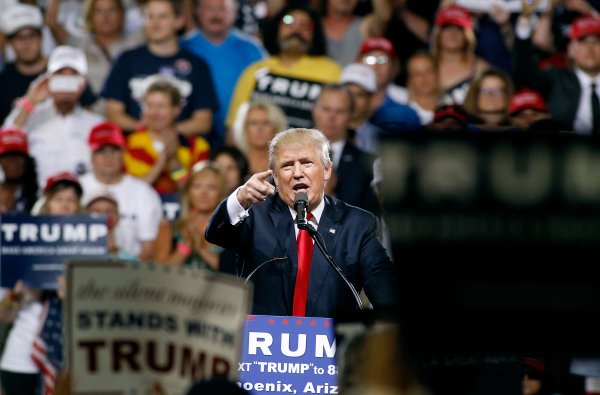 Why CEOs Are Becoming Political Figures
Next Up: Editor's Pick