WHAT IS THE CANON G7X MARK II?

The Canon G7X Mark II sits in Canon’s premium range of compact cameras. It’s intended to appeal to those who want a device that offers a high level of control and excellent image quality, but slots into your pocket. It could be seen as a travel compact for those who own bigger cameras, such as a DSLR or CSC.

It’s an upgrade on the G7X, bringing a series of relatively small but useful updates – although it retains the same sensor and lens as its predecessor. It features manual control and raw format shooting, making it particularly appealing to enthusiasts. Buy here

There are currently five different models in Canon’s G range of premium compact cameras. The G7X Mark II, in terms of body shape, sits alongside the G9X in offering a premium set of specifications in a pocket-friendly body. While the G9X is even smaller than this offering, the slightly bigger body means you get a tilting screen, and a longer lens.

In order to keep the size down, other trade-offs have also been made. You don’t get a fully articulating screen and, crucially, there’s no viewfinder either. If you’re an enthusiast photographer used to shooting with a DSLR or high-end CSC then this is likely to be something you’ll miss. If it’s particularly problematic, you can opt for the G5X instead.

The overall design of the G7X Mark II is pretty sleek, if arguably a little on the utilitarian side. There’s a useful grip on the front of the camera that helps it sit snugly in the hand.

Atop the camera is a dial for quickly moving between the different exposure modes on offer, while just beneath it sits an exposure compensation dial that can be very easily reached by your thumb for making quick changes.

In fact, all of the buttons are grouped on the right-hand side of the camera, which means that making adjustments is a very speedy process.

Just as you could with its predecessor, there’s a ring around the lens to make changes to the settings. By default, it will be set to alter aperture, but you can set it to another option in the main menu if you prefer – ISO, for example.

A useful switch underneath the lens dial switches off the clicking sound that the dial makes as you turn it around. Although it’s a satisfying noise and provides confirmation of setting changes, if you’re shooting a video – or taking photos in a quiet situation – it’s useful to be able to switch it off.

To change the other manual settings, you can use the scrolling dial on the back of the camera, along with a quick menu – accessed by a button marked with a “Q”. This menu features settings that you’re likely to change often, such as white balance, timer, metering and so on.

It’s worth noting that the G7X Mark II has no hotshoe to allow you to attach external accessories, such as a flashgun. A small built-in flash is present; it needs to be released via a switch on the side of the camera before it can be used. Buy here

Although there’s no EVF, the fact that the screen can tilt is helpful, both when shooting from awkward angles, and also when bright light shines on the screen; simply tilt it out of the direction of the light. The screen also faces all the way forward, making it ideal for capturing self-portraits.

The screen displays good colours, and it’s also touch-sensitive. This means you can set the AF point by quickly tapping on the screen, as well as navigating through both the quick menu and the main menu. When viewing images in playback, you can pinch to zoom to check focus, and swipe through images. Buy here

Many travel compact cameras have a huge zoom, providing maximum flexibility when it comes to taking your travel shots. However, the trade off is that they come with small sensors, which don’t produce the best image quality that a one-inch sensor can produce.

The G7X II lens is a more modest 4.2x, which is roughly equivalent to 24-100mm. By comparison with a superzoom, which offers 30 or 40x zoom, it may seem paltry. However, for most everyday shooting scenarios, it should be more than enough – and in fact offers more scope than the classic 24-70mm full-frame lens choice of many enthusiasts and pros.

Another advantage of having a shorter lens is that it facilitates much wider apertures. Here we have f/1.8 at the widest point, rising to a wider still f/2.8 at the furthest reach of the optic. This is great news for creating shallow depth-of-field effects, as well as opening up aperture to allow in more light during low-light shooting scenarios.

Throughout the camera’s focal length range, there’s a good degree of detail displayed, so you can use either end of the lens (and the focal lengths in between) with confidence.

There exists the opportunity to boost the zoom capability with digital zoom; in fact, Canon offers two levels of digital zoom here. As I usually find, this is useful but best avoided if you want to maintain ultimate image quality. That said, images taken at the first point of the digital zoom are usable for sharing online. Buy here

Generally speaking, I’m pretty pleased with the G7X II’s focusing capability. It locks onto most subjects quickly, slowing down a little only if the light is low. It maintains a quick focusing speed at the furthest reach of the lens, too.

However, it doesn’t cope particularly well with macro (or small) subjects. You can switch on macro focusing, but it doesn’t seem to help all that much with particularly small objects, such as insects or fine flowers.

The Digic 7 processor has facilitated some impressively quick operation times in the G7X Mark II. Startup time is rapid: the camera is ready to shoot in less than one second. Shot-to-shot time is also quick, as is looking through images in playback.

The processor also facilities 8fps (without AF) in continuous high speed – a huge improvement on the previous-generation camera. Better yet, the buffer depth offers 19 frames in raw format, or 30 frames in JPEG before it’s full and requires a short pause from shooting – you’ll find that the camera goes back up to full depth in a couple of seconds, making it useful for capturing quick-moving action. Buy here

Canon already had a good performer on its hands with the original G7X II, and so this camera builds on a solid base.

The camera’s all-purpose metering system generally produces well exposed images, in a variety of different shooting conditions. You may find that it’s barely even necessary to touch the exposure compensation dial.

Colour in JPEG images is superb directly from the camera, with satisfying punch but also a good degree of realism. Automatic white balance also produces accurate colours, even when shooting in artificial lighting conditions.

When it comes to detail, there’s plenty to like here, with the G7X Mark II making a fantastic impression when looking at images at normal printing or viewing sizes.

Looking at shots taken at around ISO 3200, it’s possible to see a little image smoothing creeping into some areas of the image, particularly shadow areas, so it’s wise to keep prints of these to A4 or smaller.

At ISO 6400 image quality drops a little further, so you may want to consider printing and sharing only at smaller sizes. The newly upgraded Digic 7 processor appears to have resulted in better high ISO performance than the G7X Mark II’s predecessor, with less noise in images shot at speeds over ISO 1600.

To see how much noise reduction is applied by the camera, you can examine corresponding raw files. Here we can see that high ISO shots display significantly more noise. On the flipside, you also get more detail, providing the opportunity to bring that back if you need it.

The G7X Mark II offers a built-in ND filter, which you can switch on or off from the quick menu. It proves useful when you want to use wide apertures, but the light is bright – for instance, if trying to create shallow depth-of-field effects in portraits during the daytime. It stops as much light reaching the sensor to avoid overexposure, and achieves some great results.

Limited digital filters are available, with some better than others – depending on your needs. They can’t be applied when using raw format, however, which is a bit of a disappointment. Buy here

The G7X II is restricted to shooting Full HD video (1,920 x 1,080). While other cameras are starting to introduce 4K video shooting, it isn’t the most advanced specification out there. Nonetheless, it produces some decent footage.

It’s hardly going to be a camera that professional videographers turn to, but it does offer the ability to shoot at a variety of frame rates up to 60p. You can use the touchscreen to pull focus from one area of the frame to another during video recording, which it does smoothly and easily. Buy here

SHOULD YOU BUY THE CANON G7X MARK II?

The G7X II is an extremely capable camera, which can produce some excellent images in a wide range of shooting conditions. The improvements Canon has made over the original G7X are also very welcome, being quite small individually, but adding up to make this a more significant upgrade overall.

However, there are some elements of usability that won’t appeal to everybody. Most significantly, and most importantly for enthusiasts, is the lack of an built-in viewfinder. It appears that Canon has opted to leave this out to save space, but both Sony and Panasonic have found ways to incorporate small viewfinders into some of their smallest models.

Perhaps Canon’s reluctance to include a viewfinder is down to having enough separation between this model and the next one up – the G5X. For those likely to miss its inclusion, the G5X maybe worth a look.

In addition, a fully articulating screen would have been welcome too, but since the one included here tilts all the way forward, as well as downwards, it’s useful for shooting at awkward angles. The touchscreen is also great to use, and handy for setting AF points and moving through various menus and screens.

For the moment, the G7X Mark II is mighty pricey – it costs twice the price of Canon’s entry-level DSLR, so it isn’t exactly an impulse purchase. If you’re on a budget, you may be wise to hold out for a price drop as the camera ages. Buy here

A well-equipped premium compact camera, which is capable of producing some fantastic images. The G7X Mark II is a great backup camera, but others in Canon’s G-series lineup may be more suited to enthusiast photographers. Buy here 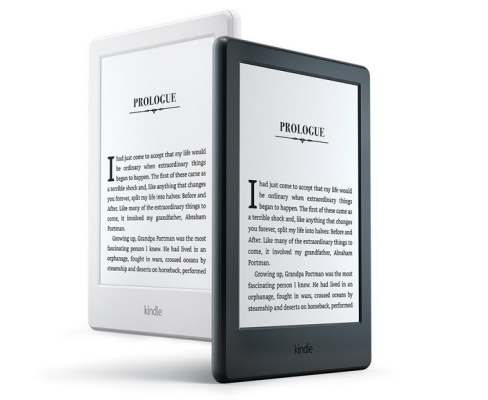 Amazon's Cheapest Kindle Just Got Even Better
Next Up: Editor's Pick