Britons Will Heal After Brexit—But Americans Will Only Keep Fighting

By chance, I was in London when news came of the murder of British MP Jo Cox, and I was struck by the humbling effect of the national shockwave. Campaigners on both sides of the increasingly intense debate over the Brexit referendum on June 23 understood the time had come for a pause, a breath, a moment to step back from the battle lines. We’ll never know for sure how many minds this horror changed, if any, but respect for Jo Cox and her family shifted the terms of the Brexit debate.

Read More: These 5 Facts Explain the Debate Over Brexit

This week, as the campaign hits the homestretch, the charges and counter-charges are once again flying. Hopes and fears are raised. Britons are about to cast an historic vote. But I can’t help but reflect on the difference with what’s going on in my own country.

The murder of 49 people at a nightclub in Orlando did nothing to shift the terms or tone of America’s increasingly vitriolic political debate. Democrats spoke immediately of homophobia and the easy availability of battlefield weapons on American streets. Republicans chastised President Obama for his refusal to blame all Muslims for the attack. And Donald Trump, within hours of the attack, tweeted a self-congratulatory message about how unsurprised he was by a murder that shocked and saddened people across the nation.

Read More: What Anxiety Over Brexit Tells Us About the Markets

In America, this crime against innocent people produced no pause, no reflection, no new civility, no shift of tone or feeling. It has not restored one ounce of dignity to the never-ending partisan food-fight that passes for political debate in the United States.

Whether Britons vote to leave or remain in the European Union, I believe that people on both sides understand that something was lost during their battles over Brexit—and that the result of the vote will now be less corrosive, whatever the final result.

In my country, unfortunately, the murders in Orlando have confirmed my suspicion that future attacks will widen the divide, not bring Americans together. No matter who wins the White House in November, the bitterness of our debates will only deepen. 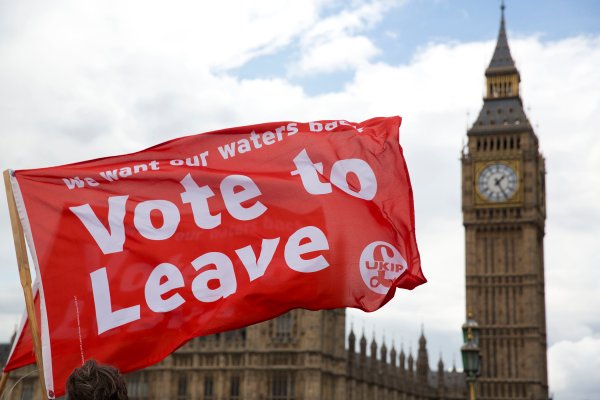 Britons Must Vote to Leave the E.U., and Hasten its Demise
Next Up: Editor's Pick