Bryan Cranston Once Played a Giant Lizard in Power Rangers

The prestige-film-to-superhero-movie trajectory is a familiar one for actors who gain a big following in Hollywood, and Bryan Cranston is the latest to carry on that custom as he joins the cast of the new Power Rangers movie. The Trumbo and Breaking Bad actor will play Zordon, the traditionally disembodied, tube-dwelling mentor of the teen gang.

But this will not be the first time Cranston has appeared in the franchise. In fact, before he struck it big, the actor got steady work in a voiceover and dubbing studio that cast him as several Power Rangers villains — including a giant lizard. As Cranston told IGN in 2009, “I had already been there for a number of years, just as a freelance guy coming in and coming out. And it paid like $50.00 an hour, which was fantastic. And you’d work two, three hours at least a day. So I had been there for awhile already and then the Power Rangers came in. They actually named one of the Power Rangers after me … The Blue Power Ranger’s last name is Cranston.”

Here are clips from his 1993 performances on the series: 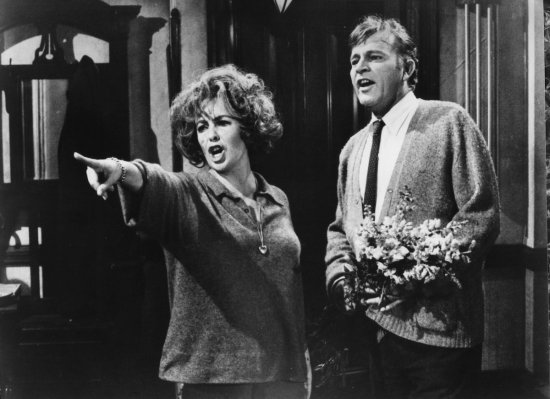 The Problem With Turning Who's Afraid of Virginia Woolf? Into a Movie
Next Up: Editor's Pick