How did Serena Williams feel after losing the 2015 U.S. Open semifinal to Roberta Vinci, a defeat that thwarted her historic chase of a calendar-year Grand Slam? (She had already won the Australian Open, French Open and Wimbledon). Thanks to a new documentary – Serena – premiering Wednesday night on Epix, we see Williams laying in bed after the upset, talking to a camera about letting people down and being “in a really dark hole.”

For the viewers, the scene is a rare, raw look at how an icon deals with disappointment. For Williams, it brings her back to an unpleasant place. “It’s obviously not the easiest thing to watch,” Williams tells TIME in a June telephone interview. “It helps to know that I was doing the best I can. It shows me that I’m on it, it helps me realize there are things I want to do and fight for, and want to continue to succeed.”

The filmmakers — which include Peter Berg, executive producer of the Friday Night Lights TV series — picked the right year to trail Williams with a camera. In 2015 her near-Grand Slam was one of the biggest stories in all sports. Williams expanded her cultural influence, as she engaged more openly with key social issues through comments on body image, race relations, and other subjects. Berg met Williams in late 2014 and presented the documentary idea: she eventually agreed to participate, and by February a deal was done. Filming started just before the 2015 French Open. Though she did not finance the documentary, the producers involved Williams in the editing process, and ultimately offered her final say on the film’s contents. But Serena is far from pure puff. It won’t stoke any major controversy, but it’s honest. Even the most hard-core Williams fans will learn something.

“For most of my career, I’ve been real quiet, and secretive about what I do, especially with what goes on behind the scenes,” says Williams, in explaining why she allowed such unprecedented access. “And I thought it would be a really interesting opportunity to see some of the things that it takes, and some of the things I do, before I step up out on that court to create some magical moments.”

We see Billie Jean King giving Williams footwork advice, her coach, Patrick Mouratoglou describing their game plans, and Williams unwinding with a night of karaoke. Looking back now, Williams would change virtually nothing about the Grand Slam effort. After all, for the second time in her career, she held all four major titles at the same time (just not in the same calendar year). “Maybe I would have come up to the net in my match more,” she says with a laugh. “But that’s it. There’s nothing I think I could have done, outside of technical errors that everyone has in every single match. I was really happy with everything. I was going for five in a row. I had four. You know, that’s pretty awesome.”

The film debuts as Williams prepares for Wimbledon. Spain’s Gabriñe Muguruza beat Williams in the French Open final on June 4, her second loss in a Grand Slam final this year. Off the court, the June 3 death of Muhammad Ali hit Williams hard. “I was actually in tears,” says Williams. “He was someone that every single athlete in the world wants to be like. He stood up for what he believed in, and influenced the way I am on the court, the way I am as an athlete. It was a really, really tough loss for everyone.” The Pulse nightclub massacre in Orlando also struck a chord. In the documentary, she talks movingly about the impact older sister Yetunde Price, who was fatally shot in 2003, had on her career.

Her focus remains on Grand Slams. Williams is still one major victory away from tying Steffi Graf for the most Slam wins in tennis history, 22. In the documentary Williams offer a surprising insight. Even after all her victories, she still gets confused on the court. “I’ve got the same nerves as other people,” says Williams during our interview. “I sometimes have a fear, a trepidation of going out there or just in general.”

If Serena Williams get scared, that bodes pretty well for the rest of us. 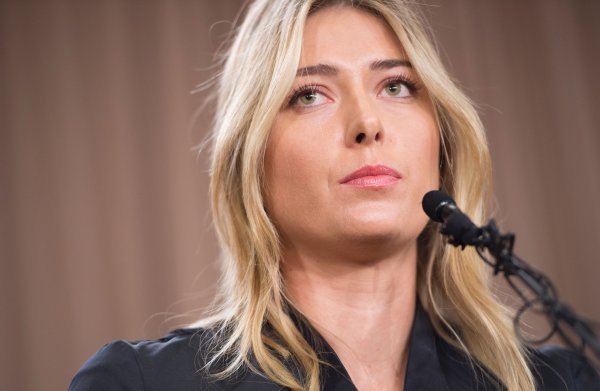