A 15-year-old Alabama girl had to be rescued by firefighters after her head got stuck inside a Barney the dinosaur costume.

The teen, Darby Risner, had put on the Barney head as a prank among friends on Sunday night. She was trapped inside for 45 minutes after it accidentally slipped over her shoulders, AL.com reports. “The head was closing in on me,” she told the news outlet. “It was like a stuck-in-a-small-place-and-can’t-get-out-panicking. I kind of gasped in fear like, ‘Oh no, what did I do?’”

Friends tried freeing her by rubbing Vaseline on her arms, but the effort failed. They then drove to her to their local fire station, where firefighters also tried yanking it off her head. “She’s so little that when they lifted the head, it lifted her off the ground so they had to hold down her feet,” her mother Audrey Shannon told AL.com. “And with the Vaseline on her arms, they said it was like trying to wrestle a greased pig.”

The firefighters then made “release cuts” to the back of the costume head to relieve pressure and pulled it off Darby’s head, according to AL.com. 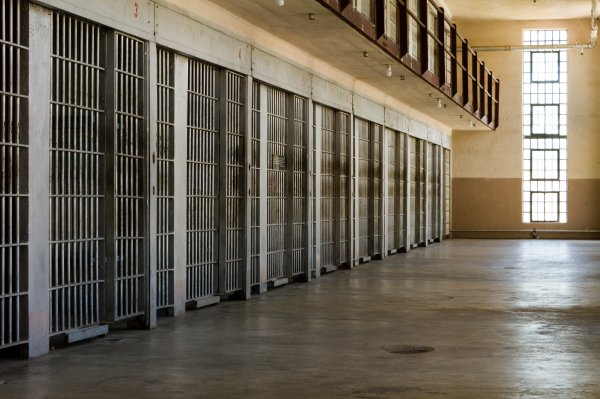 With Supreme Court Petition, Alabama Seeks To Carry Out First Execution of 2021
Next Up: Editor's Pick