Why It Pays to Be a Copycat

Who wouldn’t want to be a bit more influential? Whether trying to nail that big interview, convince a client, or get the neighbor to finally trim their hedges, most people would love to be a bit more persuasive. So how do we do that?

Imagine you’re stuck in the throes of a tense housing negotiation. You’ve been searching for months and you finally found a place you like. It’s got a great yard, more than enough space, and a nice open layout that fits your life perfectly. The only challenge is the seller. They’re asking way more than you think the house is worth. You offered a number you thought was fair, they countered with a different amount, and even after a few rounds of back and forth, you’re still far from reaching a deal.

Trust is a key part of any negotiation. Sure, there are specific numbers each side is trying to reach, but rather than fighting over their slice, good negotiators know how to increase the size of the pie. Not just by focusing on price, but by finding other dimensions where value can be created. Maybe the seller could use an earlier closing date, or needs to get rid of their furniture because they’re moving out of the country. Getting the other side to trust you enough to reveal private information often enables a better outcome to be reached.

But trust is the last thing most people feel in a one-off negotiation. Each side is consumed with extracting the value from the other: how to give up the least information so they can keep the most value for themselves.

So how can people build trust more effectively? How can they win the other side over and get them to disclose information they might otherwise want to keep to themselves?

If one person rested their chin on their hand, the other did the same. If one person leaned back or forward on their chair, the other imitated that movement. Not blatantly, but discreetly enough that the other person wouldn’t notice.

This might seem silly. After all, why should someone rubbing their face or leaning back in their chair change whether people reach a deal? But it did. People who mimicked their partner’s mannerisms were five times as likely to find a successful outcome.

Notice what happened? Probably not.

Yet the same thing happens to each of us dozens of times a day. The waiter didn’t just take your order, he mimicked you. He could have just said “OK” or “coming right up!” But he didn’t. He repeated your order back to you, word-for-word, saying the exact thing you said.

Seem trivial? Maybe. But research shows that this mimicry just increased the waiter’s tip by 70%.

Mimicry has all sorts of beneficial consequences. Daters whose linguistic styles better matched one another were three times more likely to want to see each other again. Existing couples with similar linguistics styles were 50% more likely to still be dating three months later.

Such imitation also boosts professional success. In interviews, mimicry made interviewees feel more comfortable and perform better. In negotiations, mimicry not only helped people reach deals, it enabled negotiators to create value and claim more of that value for themselves. And in sales contexts, mimicry increased persuasion.

Mimicry facilitates social interactions because it generates rapport. Like a social glue, mimicry binds and bonds people together. Part of this may be driven by the association between similarity and kinship. Just like finding out a work colleague grew up in the same small town thousands of miles away, when someone has the same accent, loves the same indie brand, or also says “y’all” instead of “you,” we feel an affinity or bond.

Consequently, when we imitate someone, or behave similarly, that person starts to infer that we have things in common or are part of the same tribe. Seeing someone speaking, or acting the same way can serve as a nonconscious signal that we are connected. These connections, in turn, boost liking and smooth interaction. Rather than seeing someone as a competitor, or a stranger, mimicry makes people feel more interconnected, closer and more interdependent. All without even realizing it.

Interviewing for a job, starting a tough negotiation or just trying to turn a first date into a second one? Imitating the language, behavior or facial expressions of others can increase success. Mimicry increases liking, trust and affiliation. So don’t just listen; emulate. If an interviewer leans back on their chair and crosses their legs, do the same. If a client starts emails with “Hey” instead of “Dear,” adopt that language. Subtle shifts can deepen social bonds, turn strangers to friends and make acquaintances into allies. 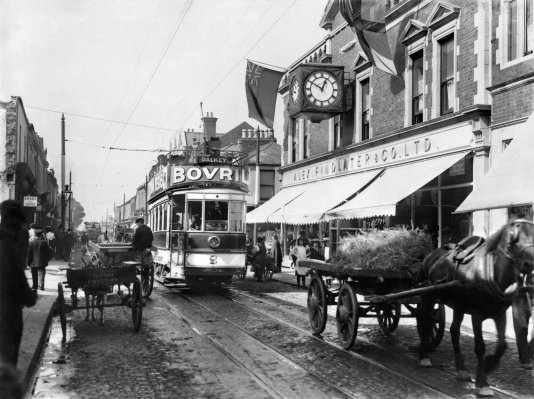 The Real Irish History Behind Bloomsday
Next Up: Editor's Pick